In an interview with Newsweek’s N’Gai Croal, Nintendo “visionary” Shigeru Miyamoto fessed up that expanding the Mii universe isn’t off of Nintendo’s table:

“In terms of taking the Miis and expanding them, that virtual kind of Sim-type experience. It’s something that a lot of people have already done and shown interest in, and we have a lot of people internally who are interested in that type of a project too.”

Yeah, that shouldn’t be a problem, since Nintendo had apparently already considered and rejected the idea years ago. Anyone remember the Computer and Video Games article where Nintendo PR spoke on Sony’s “Mii-too” approach?

When asked of the company’s thoughts on Sony’s online plans, Nintendo told CVG: “This is an example of Sony’s “Mii-too” approach. But as Mr. Miyamoto states, Nintendo years ago considered and rejected the type of approach Sony is now taking”, presumably referring to creating a virtual online world.

So which one is it, Nintendo? Did you want VH1’s New York to pick Chance or Tango? Choose one! 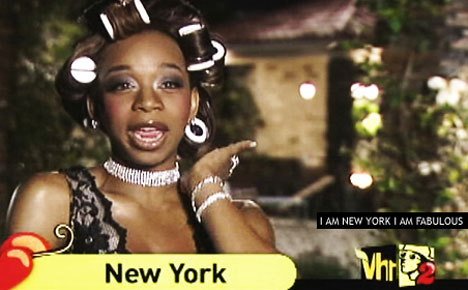 If this illustrates one thing, it’s this — even at this “early” stage, there are few genuinely original ideas in the video game industry. The same can be said for other media as well. Even the most “original” works are variations on themes we’ve seen before. Does that make them any less interesting or any less viable? Certainly not, and once you throw the fact that video games are big bid’ness into the equation, you’re setting yourself up for disappointment if you’re looking for wholly original content all of the time.

This “X copied Y, but Z did it years ago” stuff needs to stop. Put your guns away. No more beef. One love.

In any case, the meat of the story here was (before I went off on a tangent) that at some point in the future, it’s not out of the questions that our Miis will actually be useful for something other than populating our virtual bowling alleys. And that’s a good thing, right?

What would you like to see in a Mii virtual space? I want a virtual apartment that I can invite my friends to, and a trophy room where I can show off my Excitetruck achievements!