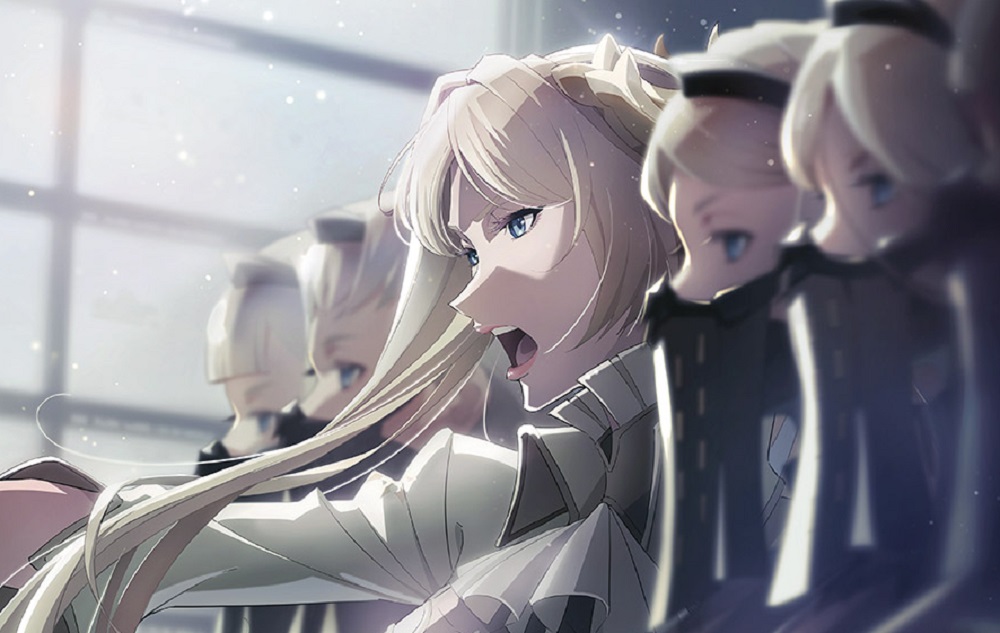 Titled “Promotion File 003: Bunker”, the brief preview introduces us to the incredibly stern and authoritative voice of Commander White, portrayed by veteran voice actor Chiaki Kanou.  Barking out commands while threateningly tapping a crop of some kind, Commander White is seemingly in charge of a battalion of YoRHa-esque battle bots, who will no doubt be charged with taking the fight to the army of metal monstrosities — The Machines — currently laying siege to planet Earth.

In addition to the blink-and-you’ll-miss-it clip, Aniplex released a promotional image, depicting Commander White alongside several members of their regiment. It looks like we’re going to have to wait a little longer for full details on the anime’s narrative and cast, but it’s clear that NieR: Automata Ver1.1a is more of an adaptation of the NieR universe and its interplanetary warfare in general, rather than a direct retelling of the events depicted in Platinum’s smash-selling video game series.

NieR: Automata Ver1.1a will premiere in Japan in early 2023.  NieR: Automata is available now on PlayStation, PC, and Xbox platforms. A long-awaited Nintendo Switch port, known as “The End of YoRHa Edition” was released worldwide on October 6.  You can check out Jonathan Holmes thoughts on the release right here.