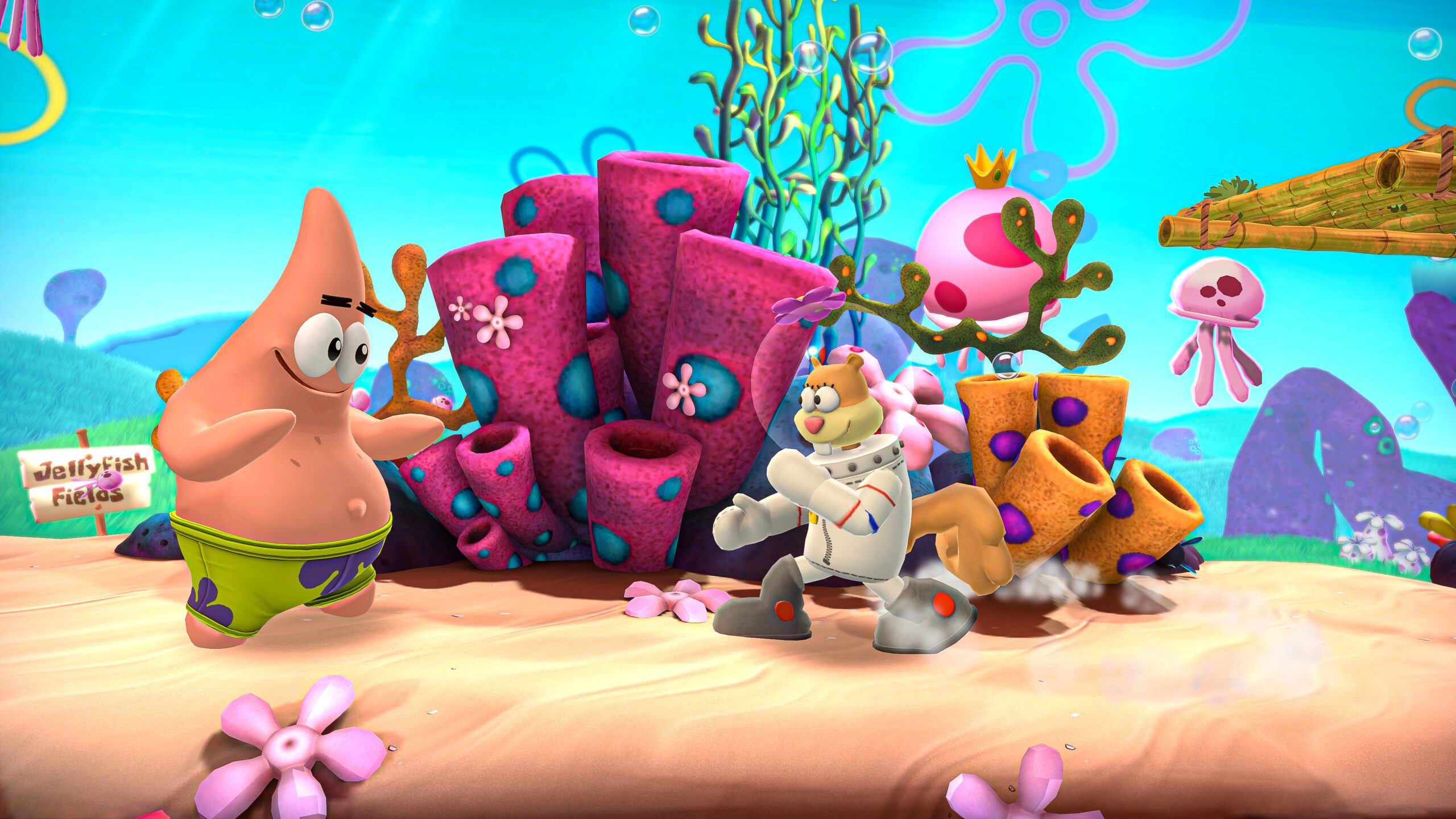 He’s just wavedashing at me… menacingly!

Nickelodeon All-Star Brawl has been building up some steam on the promise of a platform fighter featuring some beloved Nick cartoons. Today, we got a gameplay breakdown that shows just how much platform fighter influence this All-Star Brawl will have. And really, the answer is best summed up in one sentence: here’s SpongeBob SquarePants wavedashing.

The wavedash is best summarized as utilizing downward air-dashes to propel your character across the arena. By dashing into the ground, you can practically skate across the arena. It’s a pretty well-known mechanic in the Smash Bros. scene, and seeing it here is probably reassuring to folks who want to play some more competitive All-Star Brawl.

Here’s a short clip of the wavedash in question, via IGN’s Mitchell Saltzman on Twitter:

IGN hosted a number of exclusive gameplay breakdown videos today. The first is where the above excerpt came from, where Thaddeus Crews—character designer and programmer at developer Ludosity—breaks down some of the basics using SpongeBob and Patrick. It definitely looks like this platform fighter is utilizing some of the usual staples, which makes sense given that Ludosity’s previous game Slap City.

It’s also different from Smash in a few ways, too. You’re still trying to build up percentages and ring-out opponents, but there are some neat interactions where directional inputs (up, down, or mid) can “beat out” other moves, causing opponents to get stunned or turned around. Grabs have a few more options, and I dig the projectile option that turns it into a volley back and forth. You can find some more examples in IGN’s four gameplay segments they uploaded today.

It might seem a bit high-level if you’re not a Smash player yourself, but even for casual play, I’m really into options like grabbing projectiles or flipping my opponent around with the right attack. I was already interested in the very concept of a Nickelodeon-themed platform fighter, but now that I know I can bring it around town as SpongeBob, I’m eager to see what the high-level Melee folks do with this.