New York Comic Con is a bit less comic-y this time around. Attendees showing up next week, February 6 – 8 at the Jacob K. Javits Center in New York City, will see that the gaming presence has been boosted by 50 percent over last year.

So, it will be more like the San Diego Comic Con, but less crowded, more manageable, and less sh*tty smelling. There will still be scary cosplay, though. There’s no escaping that. Sometimes there’s hot cosplay too.

The press release says that says that NYCC organizers note that the gaming growth is the largest out of all of the media that will be featured at the event.

Destructoid will be there, so be sure to look out for us in all of that gaming action.

Hit the jump to see a list of what kind of games you can expect to see at the event.

TC Digital: TC Digital’s flagship game, the Chaotic TCG, will be featured throughout their booth. Fans and players will be able to take demos, hone their skills, and compete in tournaments for various Chaotic product prizes.

In addition, other well known companies in the videogame industry who will have a prominent role at NYCC include Cryptic Studios, Mythic Entertainment, Rockstar Games, Sega, THQ and Ubisoft. 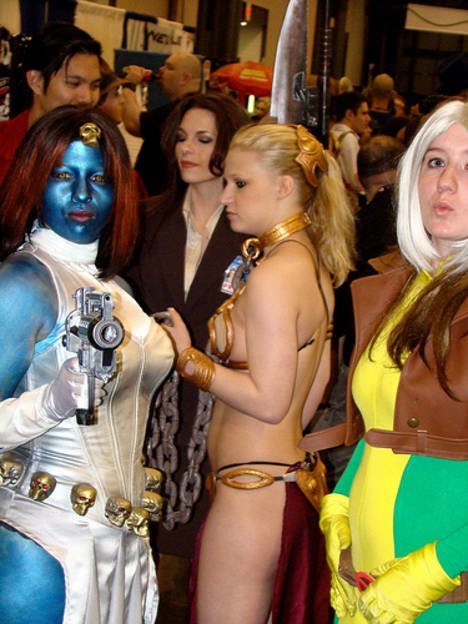