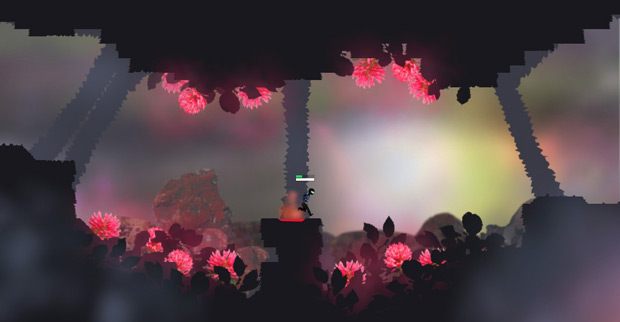 Publisher Nicalis has been quite busy snapping up PC indie titles and bringing them over to WiiWare: Pixel’s excellent Cave Story most famously and, most recently, La-Mulana. Even though none of their current projects have actually made it to WiiWare yet, they’re already pushing for a fourth — Project Q by Nicklas Nygren (of Knytt Stories fame). As a matter of fact, this isn’t the first time Nygren (a.k.a Nifflas) and Nicalis have worked together — they’re also publishing his Night Game for WiiWare.

Nygren and Nicalis are being pretty tight-lipped about details — hell, Project Q is only a codename — but he did drop a little bit of information in an IGN interview from a few days ago. In the video embedded after the break, you’ll see that Project Q is, at its core, a platformer. Nygren stresses that the video is only a prototype, though: a lot of extra puzzles will be included eventually, as well as some sort of camera mechanic. As it stands, the game kind of reminds me of N, if you gave the ninja some clothes, traded a Y chromosome for anX and punked her on an alien planet.

There are also enemies to avoid, but no combat: “My games are about the beauty and life in the various environments, it would be such a shame if she’d kill that,” explains the developer. While the game may (or may not) be set in the Knytt universe, Nygren says it isn’t a direct sequel.

Publisher Nicalis is certainly considering WiiWare for the game, but producer Tyrone Rodriguez says that they are currently “shopping [the game] around,” considering a retail Wii release, Xbox Live Arcade, and PlayStation Network as possible platforms. Given that none of Nicalis’ games are out yet, and that this one is still just a prototype, I won’t even begin to speculate when Project Q might be available.

[Via MTV Multiplayer, image via IGN]