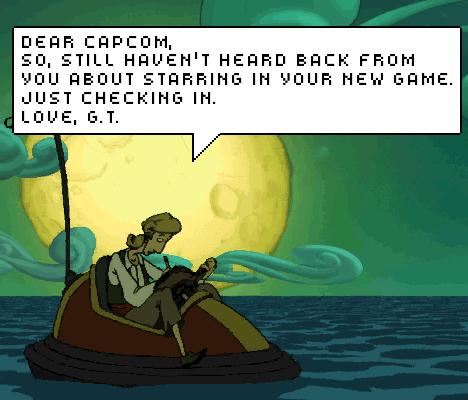 Capcom has just revealed in Japanese magazine Famitsu that they are releasing a brand new pirate-themed game for the Wii tentatively titled Treasure Island Z.

The graphics, although obviously “cartoony,” look pretty stylish and I am really digging the character design. Not much else is known about the title, but judging from the screens, it kind of looks to be a hybrid platformer/first person adventure.

Capcom knows how to make adventure games, so hopefully this will be one to watch.

Check out the scans from Famitsu in the gallery below.