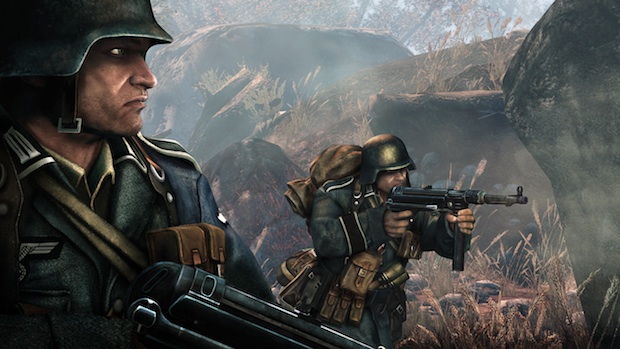 City Interactive has announced a new WWII shooter called Enemy Front. It comes to us from the creator of Black, Stuart Black, and City Interactive’s UK and Poland teams. Black joined the CI team earlier this year and has been working on this 2012 multiplatform release ever since.

In Enemy Front you play as a solider dropped behind Nazi lines during the second World War. The game’s story spans several years, and takes you through battles from France to Berlin, all the way up to a mission where you’ll have to disarm a Nazi weapon.

The screens look really nice. They’re using CryENGINE 3 to make this along with some other graphical trickery. Wow. I want to see this thing in motion.