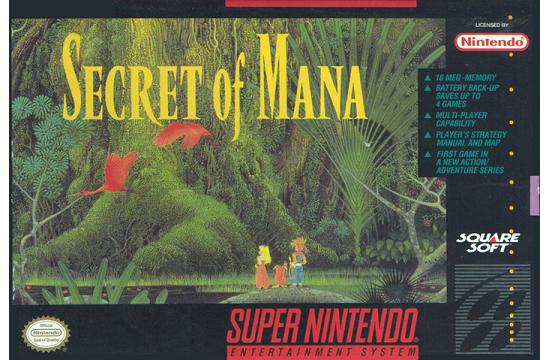 Every passionate gamer carries with them a very personal list of the people key to their videogaming upbringing. Whether they be game designers, publishers, journalists, or the friends and family members who bought them their first games, everyone knows the importance of these people within their own videogaming mythology. Within my own internal encyclopedia of gaming, there is no more significant name than Hiroki Kikuta.

Picture the scene: It’s Christmas Day, 1994. A thirteen year-old me puts his new Secret of Mana cartridge into his SNES and loads it up, full of excitement and hope for the now mythical game which until recently, he’d thought he’d never get to play. Suddenly, something happens. Attention already fixed by the stark atmosperics of the opening whale-song, he hears a few lonely, delicate piano notes ring out, and his spine and arms tingle in a way that no videogame has ever made happen before. This is clearly something very different. Within a couple of minutes, the music has swirled and evolved from fragile to hopeful, and then from there to empowered, and eventually utterly, gloriously victorious.

When that opening theme ended, my younger self and my younger Dad shot each other the wordless, stunned glance that only the truly blown of mind can share, and it was at exactly that moment that the way I saw videogames changed forever. Kikuta and Mana switched me on to games as a serious, expressive medium, and probably did more work than anyone in turning me into the kind of gamer I am now. For that reason, whenever the man’s talking, I’ll be listening; and if you have any interest in game music, RPGs, or gaming as an artistic medium, you should be too.

Square Haven is currently hosting a new interview with the composer, covering his work with Square on Mana and Soukaigi, as well as his self-produced RPG Koudelka, and his most recent album, Lost Files. While Kikuta doesn’t tend to get referenced as widely as Final Fantasy‘s Nobuo Uematsu, his work is just as important, and the interview is a very interesting read, taking in everything from composing, to the importance of world travel, to anthropology, human communication and aspirations to write a videogame musical. Check it out here.