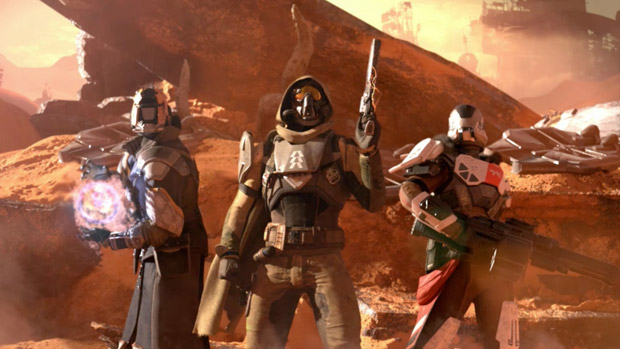 Destiny is still a thing. I’m sorry if you don’t like it being a thing. It will likely still be a thing until past February, when the second expansion is due to come out.

Today, a new hotfix hit the game which has ruffled some feathers. A number of guns (most importantly the Vex Mythoclast, a gun everyone has tried to get as it’s clearly one of the best in the game) have been nerfed in favor of buffing scout rifles (auto-rifles have been nerfed in general too). People are angry because the nerfs are meant to balance PVP, but still directly change how the gun operates in a PVE setting. Instead of carefully changing PVP values, Bungie has opted to nerf the guns entirely.

I’m mixed on it myself, because although the game didn’t need a PVE effectiveness nerf, the weapons are still very viable. Another welcome fix is the end of the “Templar cheese,” where players would just stand on the outside of a map and slowly whittle a Vault of Glass boss down while it couldn’t fire back.

Check out some of the other general fixes below.