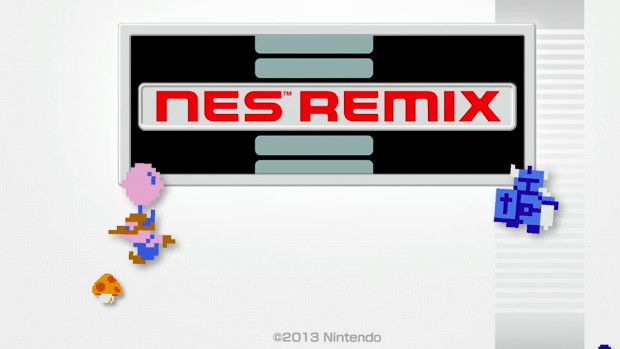 Iwata had yet another announcement to make on this morning’s Nintendo Direct, this time somewhat more surprising than Hyrule Warriors. NES Remix was announced for the Wii U, compiling many different games from the NES days including The Legend of Zelda, Super Mario Bros., Donkey Kong 3, and many more.

What makes this game a remix is that the most memorable scenes are taken from each game, and presented differently, with an example from Super Mario Bros. showing a level backwards. This presents interesting new situations and challenge to the player. Miiverse integration was also shown, with 8-bit stamps and score comparing shown off.

NES Remix will go live on the eShop today for $15.