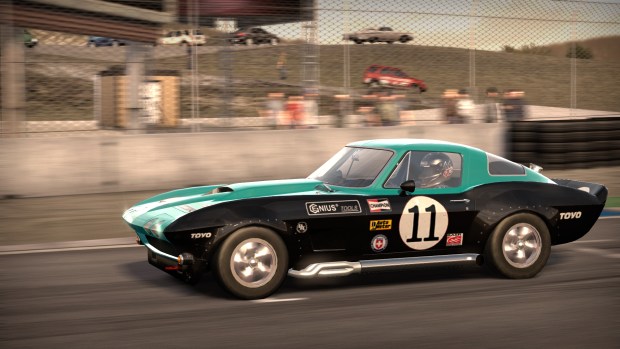 It looks like the Need for Speed franchise is taking a page from Burnout and going the free DLC route. For anyone still playing Need for Speed SHIFT after Forza 3 has already been released some new DLC is on the way, and it isn’t just a few new cars to race in. Come Dec. 1 on the 360 and Dec. 3 on the PS3 SHIFT players will get an all new gameplay mode called Team Racing. It actually looks pretty damn awesome.

The new mode will allow players to go online with up to six friends and make a team of cars. The goal of team racing is not for individual glory, but for the entire team to do well. This should create some pretty interesting racing tactics that you don’t see too often, especially in online play. As the video above shows it’s actually looking a little exciting (at least to my untrained racing eye), especially when you throw in the four new muscle cars and one Toyota that come with the DLC in the form of a 1967 Chevrolet Corvette Stingray 427, a 1967 Shelby GT-500, a 1969 Dodge Charger R/T, a 1971 Dodge Challenger R/T and a 1998 Toyota Supra Mark IV.

What say you? Intriguing enough to pop the SHIFT disc back into the system or have you moved on already?