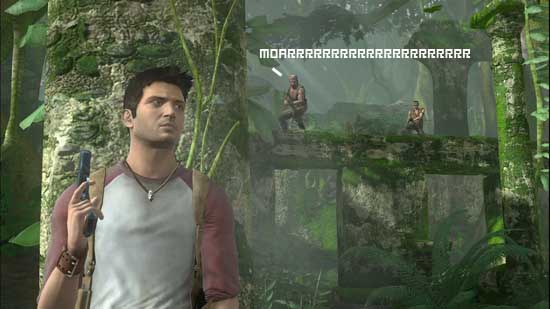 Well, well. It seems that being the redheaded stepchild of some people’s Game of the Year choices isn’t going to stop Uncharted: Drake’s Fortune. According to Naughty Dog president Christophe Balestra, a sequel to the PS3 action title is already in the works. He didn’t disclose any further details, but the announcement is enough to give PS3 owners something to look forward to.

This may not be news to some of you, as it was mentioned in early December 2007 that a sequel was expected, but it seems perhaps we can expect this sequel sooner than we may have thought. Uncharted was one of the most unexpected solid gaming experiences I had last year, rather than being the Tomb Raider rip off I had imagined it would be. If you have a PS3 and haven’t picked it up, do youself a favor. No, Naughty Dog is not paying me.

[Via CVG – Thanks, Jonathan]