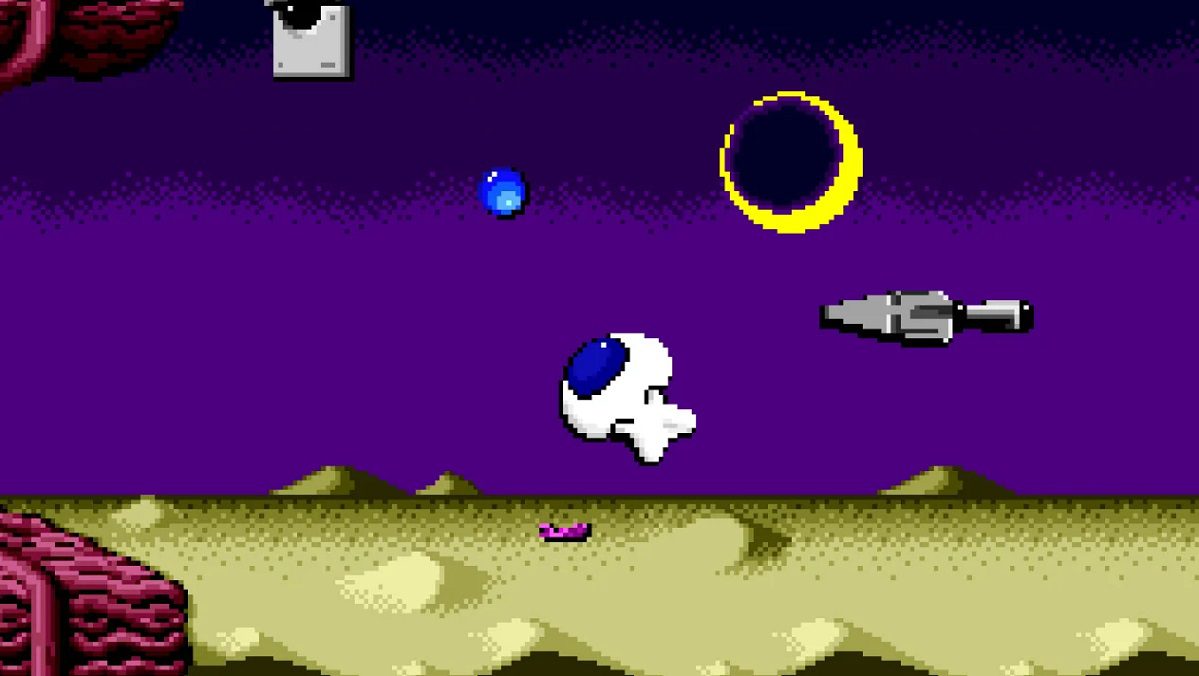 In the echo of a gunblast…

It’s time for Hamster to bring down the curtain on another year of Arcade Archives releases — and following 12 months of classic shmups and awesome brawlers, the retro publisher is rounding out 2021 with a real oddity: UPL’s utterly bizarre and borderline abstract Mutant Night, now available to download on PS4 and Nintendo Switch.

Submitted for the approval of head-scratching arcade fans in 1987, Mutant Night can be considered an early entry into the run ‘n’ gun genre, though it also contains elements of shmups and 2D platforming adventures. Players guide a particularly odd-looking creature known as “Mutron-kun” as they pick their way through a strange sci-fi landscape. Mutron-kun has the ability to defend themselves via bubbles shot out of a large single eye, which can be used to dispatch equally odd enemies such as aliens, monkeys, and spaceships. Power-ups can also be gathered to soup up our hero’s abilities.

Check out the weird world for yourself in the video below, courtesy of YouTuber Media Pool.

While Mutant Night is hardly considered a legendary release, one can’t help but admire its anarchic approach to both style and gameplay. There appears to be little to no rules in this universe. Sometimes Mutron-kun is tiny, and sometimes they are giant. The enemies and bosses do not especially meld well with the atmosphere. Some stages see the hero tumble down a chasm surrounded by duplications of themselves, while other stages are so poorly implemented that they look unfinished. Even the title makes little sense. It all lends a certain nihilistic charm to the title. One that we’d never see today, for better and worse.

Mutant Night would not receive a home port, though its influence can be seen in UPL’s 1988 PC Engine and home computer classic Atomic Robo-Kid, which features similar mechanics, characters, and gameplay. Mutant Night is available to download now on PS4 and Nintendo Switch, priced at around $8.