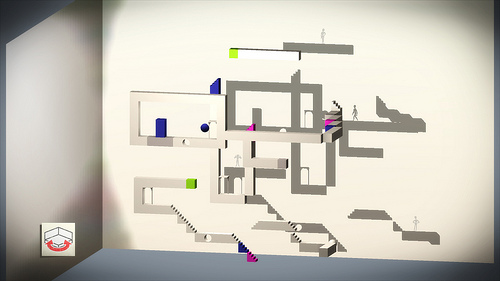 Good news for folks who like shadows — Sony has announced that echochrome ii will hit PlayStation Network on December 21. Pricing has not yet been revealed.

The puzzler — which requires PlayStation Move — will have you shining a light on blocks and objects in the foreground to create shadows in the background. Manipulating the shadows, you’ll help guide the shadow character to the level’s exit. It’s a bit difficult to describe exactly how it works, but the gameplay video above actually does a pretty good job, so check it out.

For more info on the game, including the title’s “echo” and “paint” modes, head over to the PlayStation Blog.