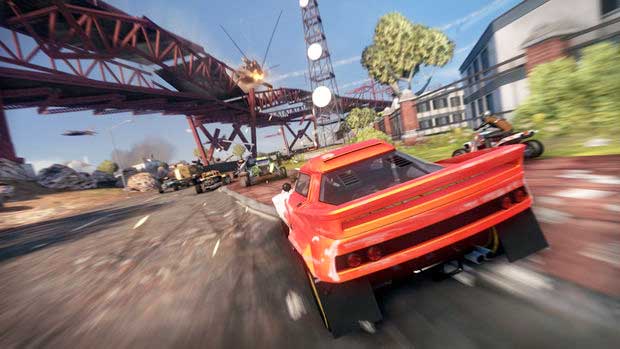 Reports are coming in that, due to the earthquake and tsunami in Japan, Sony’s MotorStorm Apocalypse has been delayed in Europe. The racing title centers around a post-apocalyptic city area that is influenced by California’s Bay Area.

Retailers, including GAME and Gamestation, have even pulled pre-orders for the title which was to be available this Friday. Oddly, Gameplay.co.uk shoppers may already have a game in the mail.

“A very small amount of Gameplay.co.uk customers had their pre-orders completed first thing this morning and it is possible that they will receive this on Friday,” a spokesperson told Eurogamer. “We are doing everything we can to retrieve these specific orders. As we said, this applies to a tiny number of orders and is an exception.”

No new date for the game — which is already in the can, so to speak — has been revealed. We’ve contacted SCEA to see how, if at all, this delay will affect North American customers; the title was slated to hit stores on April 12.