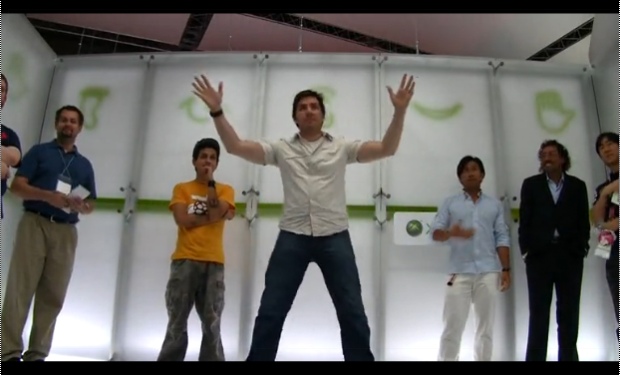 I don’t know why anyone would need more convincing that Project Natal was for the sexy in crowd after seeing Nick “Sexy In Crowd” Chester rock it at the Tokyo Game Show, but I suppose that aside from a few awkwardly twisted Avatars and a game where people hit balls at blocks we haven’t really seen that much of Microsoft’s “future of gaming and everything ever.” Not to fear, more shall come — just not directly for the public.

Microsoft has confirmed that it will reveal more information on Natal to developers (and thus through leaks and “accidental” quotes to the general public) come February of 2010 at their Gamefest conferences that are held in the US, UK and Japan. The American conference will feature two separate tracks on the machine. One will focus on designing games for the peripheral while the other will focus on the technical aspects of it. Microsoft is promising developers that they will be shown “never-before seen details of game development using Project Natal.”

If most devs are just getting this information in February of next year, then it’s going to be a good long time before we see Natal in the hands of the public as was probably obvious from the quick rebuffing of last weeks rumored November release date. We’re guessing that they’ve already got some third party devs in the loop unless Microsoft is planning to launch without any quality third party support at all.