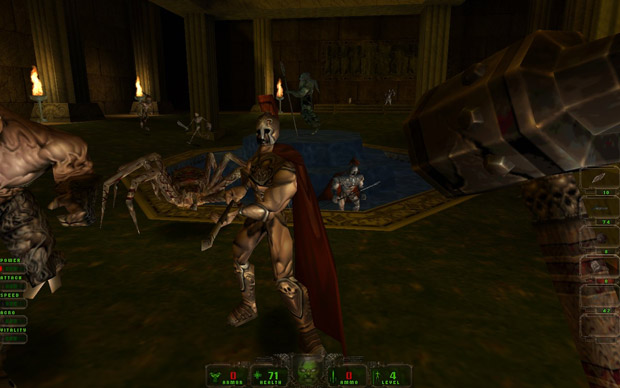 “John Romero’s about to make you his bitch.”

All the years later, that unforgettable magazine advertisement just cracks me up. The legacy of Ion Storm’s Daikatana is that of disappointment, although, to be fair, it had to follow the likes of Wolfenstein 3D, Doom, and Quake. There was nowhere left to go but down.

Between you and me, I’ve never actually played the game for any considerable amount of time. And, while I’m telling strangers on the Internet things I shouldn’t be sharing, I am dangerously close to adding Daikatana to my Steam library. It’s out as of today for $6.99 (and is also on GOG.com for a buck less, if that’s more your speed.)

This is going to end in regret.