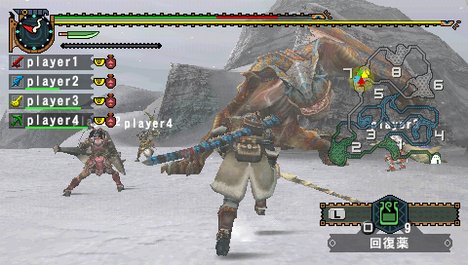 Capcom just sent us word that the PSP may get at least one more game that won’t make it completely useless in North America: Monster Hunter Freedom 2. So what’s so special about this one? Have a look:

Capcom’s  previously released Monster Hunter Portable was a runaway hit, becoming Japan’s top selling title for the PSP system, with an attach rate of about one game sold for every five systems in the country.  Monster Hunter Portable 2nd has just released in Japan and is already well on its way to surpassing the previous title with remarkable initial shipment numbers.  Capcom plans to release this game as Monster Hunter Freedom 2 in North America in September 2007.

“Monster Hunter Freedom’s incredible graphics, deep gameplay and addictive multiplayer quests represent the very best that the PSP system has to offer,” said Charles Bellfield, vice president, marketing, Capcom Entertainment, Inc.  “In Japan, we’ve seen the Monster Hunter phenomenon take off based on players coming together for face-to-face multiplayer ‘hunting parties,’ which we will foster with our own community here in North America.”

Do we have any Monster Hunter fans in the building? Let me know, I’d like to meet you. More public relations goodness after the jump. 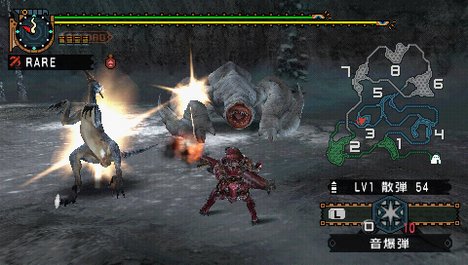 Feel the heat my peoples:

The non-stop epic hunt-or-be-hunted adventure continues with more content and options than ever before.  Monster Hunter Freedom 2 builds on Monster Hunter2 (Dos) for the PlayStation®2 computer entertainment system (previously released in Japan only) and contains 50% more content than the original Monster Hunter Freedom.  In this unique action-adventure game, gamers increase their play skills as they battle through breath-taking environments while defeating bloodthirsty creatures.

As mighty hunters, players can face a variety of quests alone, but the true spirit of the game comes from playing with others.  Multiplayer cooperative battles for up to four friends via wireless ad hoc mode foster team building and strategy for the ultimate battle of man vs. beast.  Players can fully customize their characters, building up their abilities with armor and weaponry as they make their way through hundreds of quests.  With the addition of infrastructure functionality, players will now be able to download even more content and quests.