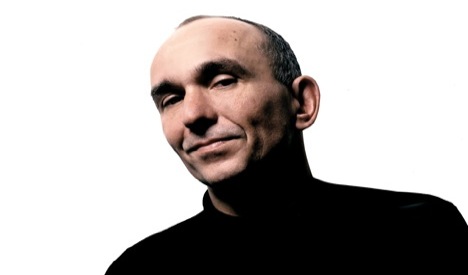 In a recent interview with Eurogamer, Lionhead executive Peter Molyneux admitted to being enthralled with the idea of creating a MMO. The interview was conducted in Lionhead’s offices, towards the end of Fable 2 development talk. Even though Molyneux was willing to engage the interviewer with his thoughts on creating a MMO, he was unwilling to commit to saying what a Lionhead MMO would look like.

Well, there’s someone in this room to make sure that I don’t say too much…I have been looking at MMOs. I love the interaction, and I’m fascinated by the idea of really feeling secure and cool enough to actually do it.

That person in the room he referred to was his PR person, who has been trying to keep Molyneux’s excitement about Fable 2 in check. Considering the crazy amount of promises for the original Fable, that probably isn’t a bad idea. When Project Ego was first announced, Molyneux tickled us with some intriguing MMO aspects with the title before it was downscaled into Fable. Certainly these kinds of thoughts are prone to race through every mad genius’ mind from time to time in regards to what to do for the next project.

I wonder what a Lionhead MMO would contain? Grinding on Hobbes, eating red meat, and chilling at bars with other players? It doesn’t really seem that bad. What would you guys like to see?