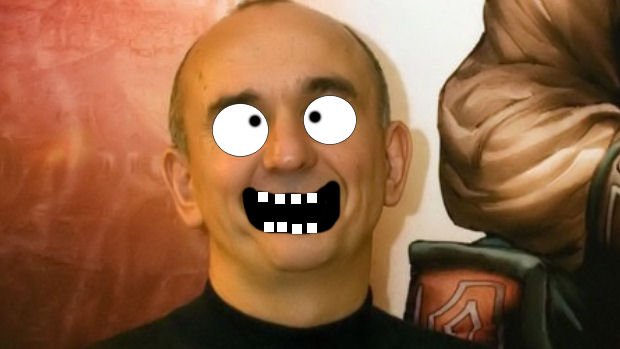 “There was this amazing moment when a piece of research came back [that showed us] more than half the people who played Fable II understood and used less than half the features in the game. And as soon as you see that you think: ‘Oh my God. What a talentless bastard I really am,'” says Molyneux. “How can I have made a game in which people actually understood less than half of its mechanics? It’s like making a film that makes people think: ‘It looks quite cool. I don’t know what the hell is going on, but it seems quite cool.’ You know, that’s just wrong.

“So I think Fable III is all about using mechanics, exploiting mechanics, giving gameplay reason to things. Expressions [which don’t feature in Fable III] were cool in Fable II, but they were a way of just doing a fart joke over and over. Let’s be honest, you know, that’s what they were. There was no real meaning to them. There was no real emotional connection to them. They need to have an angle [to them]. The simpler things are, the more people use them.”

So, everything Molyneux told us was so brilliant about Fable II is now awful. I think it’s a little disingenuous to sh*t on your last game to make the new one look good, and Molyneux seems to pull that tactic quite a bit. I think he’s a very talented man, but he really needs to stop making these gratuitous displays of quasi-honesty and retroactive modesty. If anything, it makes him look even more insincere.