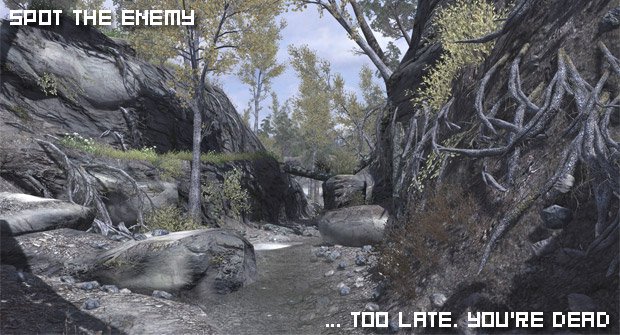 Today on through Sunday, the “Variety Map Pack” for Call of Duty 4: Modern Warfare has been marked down to $5 for Xbox 360 and PlayStation 3. While chances are if you actively play(ed) the game, you would’ve already downloaded the excellent set of maps, I suppose it’s never too late if you missed out.

Just a quick refresher: the add-on contains “Broadcast,” “Creek,” “Chinatown,” and “Killhouse.” All of ’em are solid maps, and to this day, it’s been one of my favorite pieces of downloadable content so far this generation.

Also, starting this Friday and continuing through Sunday, it’ll be a Double XP Weekend for both consoles versions of Modern Warfare. This is cutting it pretty close to the sequel, but with the boycotting and what have you, some players are sticking with Call of Duty 4, it seems.

Filed under... #Call of Duty#DLC