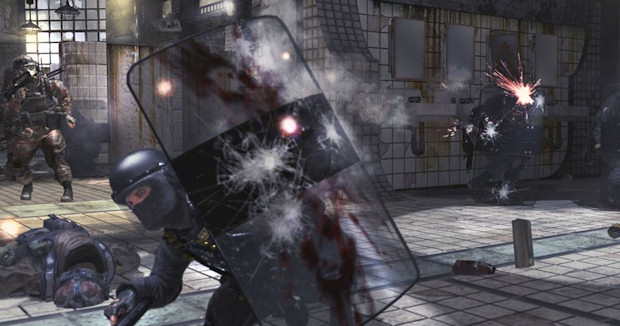 PC gamers, prepare to shake your fists in anger once more! Infinity Ward won no fans yesterday for announcing a 9v9 player cap on all servers, while also sticking by its decision to scrap dedicated servers in Modern Warfare 2. In order to drive home just what a raw deal PC gamers will be getting, a NeoGAF poster created a comparison chart between Call of Duty 4: Modern Warfare and the new sequel. Things don’t look good.

Console commands, custom maps, recorded gameplay, mod tools and filters were all available in Call of Duty 4, and aren’t to be found in Modern Warfare 2. Networking architecture and the average ping are also listed as inferior to that of 2007’s shooter. The only category in which Modern Warfare 2 wins out is in the online profile section, which is by no means a dealbreaker.

Seems strange to say, but it would appear that, for once, the best bet is to buy it on consoles. Most of the touted benefits of PC gaming aren’t in Modern Warfare 2 at all. Still, there’s always that super accurate mouse/keyboard thing that people love so much.