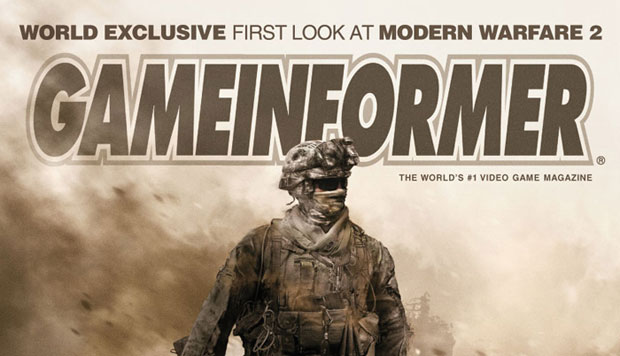 Game Informer has revealed the cover of its June issue, and it will feature none other than Infinity Ward’s hotly-anticipated Modern Warfare 2.

Of course, that’s all of the information you’re going to get right now, guys. The 10 page story will feature the world-exclusive details that will “blow your mind.” We expect that any of the truly mind-blowing details (i.e. if it’s revealed that Modern Warfare 2 features a time-stopping mechanic, or if you play as a cyborg) will make its way to the Internet before the magazine hits most mailboxes.

If there’s one thing we know about the soldiers of Modern Warfare 2 it’s that nothing fazes these dudes. Check out the guy on the cover — s**t’s blowing up all around him and he’s just like “Nah, son. It’s cool. I got a scarf on. I’m just chillin’.”

The cover also reveals that the magazine will also feature six pages on Activision’s other potential blockbuster, DJ Hero. This means that everything we know about the game but can’t tell you yet will seem like old news weeks before we’re able to actually tell you about it. Hey — them’s the breaks, and we love us some Game Informer, so we’ll let them have their little exclusives like they’re all important or something.

See the full (and very brown) cover after the jump. 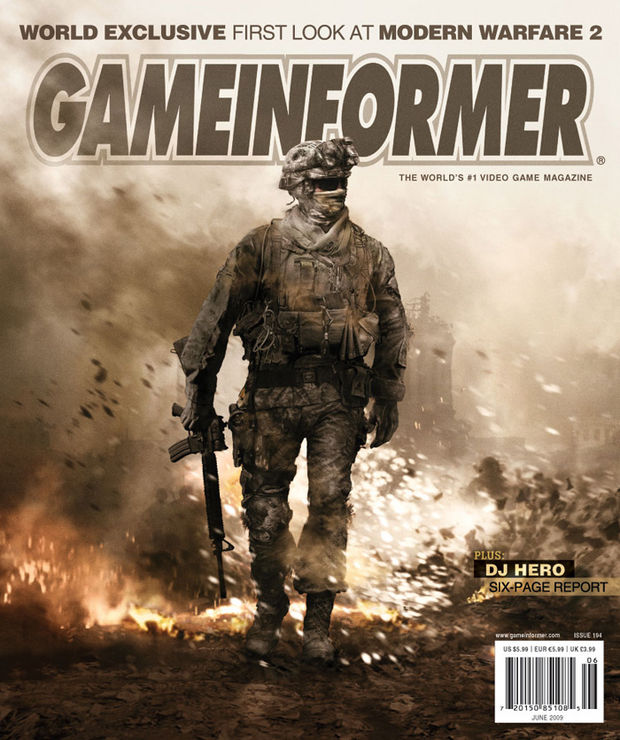