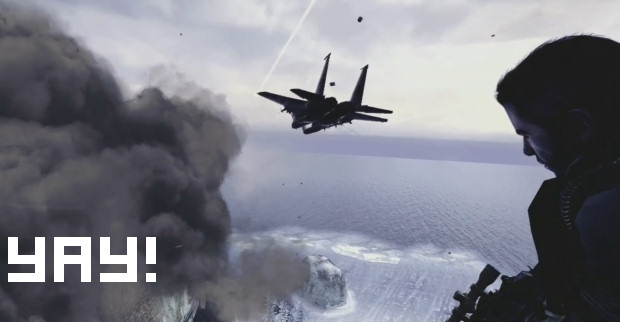 Call of Duty 4: Modern Warfare is one of my favorite shooters, but its single-player campaign did have a few issues, most notable among them being the respawning enemies that would only cease after players crossed an invisible line. I’ve never understood why this has ever been considered a good design choice, but it seems that, fortunately, Infinity Ward has finally got the message.

“We are aware of it and we’re actively trying to eliminate it,” states Infinity Ward president and CCO Jason West. “I think we agree that it’s not very good.”

West’s confession comes courtesy of the latest Game Informer, where Modern Warfare 2 had a big intel blowout. Other tidbits of info include the fact that players will be taking orders from Captain “Soap” MacTavish, the silent player character from the original Modern Warfare, while tracking down a Russian madman known as Makarov.

Infinity Ward is still keeping a lid on multiplayer details, although we do know that a co-op mode, Special Forces, will be available, and that the developer is looking at ways to make notable online players “famous” for their in-game accomplishments. Sounds interesting, but right now we have no idea what they mean.

Still, great news on that respawning stuff. Now, if only we can just stop the AI from grenade-spamming all the time.