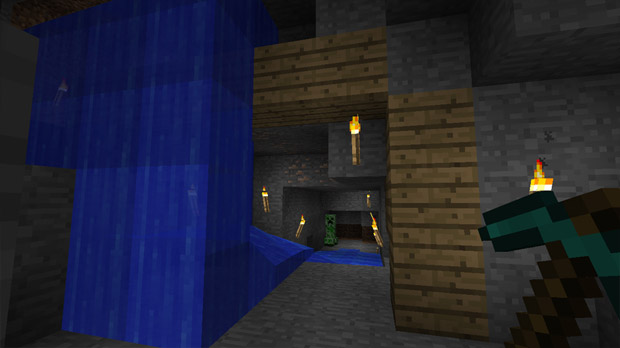 It’s been a long time coming for Minecraft, but some four million purchases later, the game has exited its extended beta phase. Version 1.0.0 is out! So long, annoying text from the top-left corner. Go start a fight with a dragon, why don’t you?

The Xbox Live Arcade version, currently playable at MineCon in Las Vegas, is still on the way. A handful of screenshots, including some that show a revamped user interface, were sent our way. Better yet, there’s a humorous trailer even non-fans will likely enjoy.

Rounding out this news is the recent release of Minecraft – Pocket Edition for iOS. Despite costing $6.99 and not having some features we’ve come to expect, it’ll sell very well.