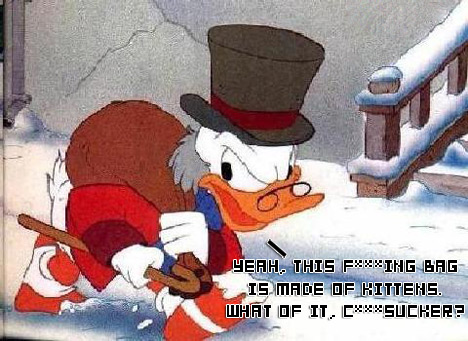 We literally just received a tip from a guy named Alex regarding Microsoft’s apparent contempt for giving away free gifts to its many Xbox LIVE gamers. A short list of other things Microsoft despises includes puppies, rainbows, and the laughter of children.

Ok, so, here’s the scoop; Gears of War devs Epic and Marble Blast Ultra devs Garage Games have both, quite recently, completed additional downloadable content for their titles, and being the kind-hearted folk that they are, they decided internally to release it free of charge. Everything was going swimmingly up until the point where they handed it over to Microsoft for certification, at which point Microsoft seems to be holding them up indefinitely due to their desire to do give people something gratis.

The above-linked forum post from Xbox.com quotes the latest issue of Game Informer magazine as well as NeoGAF’s reaction to the latest 1up podcast, and the insights therein are poignant and realistic. The idea that Microsoft might indeed be artificially limiting the supply of free content to make their cut as well as salvage the deteriorating image of Scrooge-McDuck-ian developers such as EA, is at once realistic and alarming, and if we all lived in the 1700s, it’s almost certain that these allegations would be enough proof to paint a red dollar sign on the chests of the Xbox LIVE certification heads shortly before burning them at the stake.

Hit the jump for a full quote of the, um … quotes.

From the April Issue of GameInformer:

“But is there something that Microsoft isn’t telling us? Could there be significant free content available in the Market place that the company is withholding?

Game Informer spoke with multiple contacts within the industry about the process that publishers and developers have to go through to get their content on Xbox Live Marketplace. We also found out that there is free content that companies want to offer, but Microsoft’s mandating that consumers pay for it.

When a publisher has goods it wants to put up for sale, those prices must first be submitted to Microsoft. As part of an agreement with the company, publishers have signed a document that hands over final say to Microsoft regarding Market place pricing. From here, Microsoft takes a look at the marktet and prices items to maintain a balance among items of similiar value.

Game Informer talked to Aron Greenburg, Xbox Live/Xbox 360 group product manager who denied that Microsoft has final say over Market place pricing. “It’s ultimitaly up to the publisher,” he told us.

However, according to our sources, it’s not up to publishers, and free content is being with held from consumers under the speculated motive of Microsoft wanting to make gamers accustomed to paying money for goods above and beyond wallpapers. Said one industry insider we talked to, “they want you in the store and they want you buying stuff that is at full price. “We’ve even been told that the rules of the game may vary depending on hoW much clout your company has with Microsoft.

Greenberg denied knowledge of any motive to restrict free content, but admitted that the company does indeed adjust download prices. “there may be some situation or unusual case where there’s content that’s significant in nature and it would make other content look out of line, but I’m not aware of any case where we’ve told them that they couldn’t offer it for free.”

Recently the following post was made over in NEOGAF in light of the recent 1UP podcast:

PREFACE: This is my GAF editorial, if you find holes in this, have at it.

Bizarre Creations says they wanted Geometry Wars: Retro Evolved to be FREE over Xbox Live, but Microsoft wouldn’t let them do this. They ultimately reached a compromise and charged the lowest amount Microsoft will allow, 400 points ($5).

Back in November Pat Wilson, developer at Garage Games, announced that their team had just finished making a FREE downloadable update (that featured bug fixes, 11 new multiplayer maps, and new gametypes) and that it was in Microsoft’s hands for certification. Weeks later in his blog, Pat explained to fans why the free content will NEVER be made available. (The site he blogged at, angrydev.com, is no more, but you can still find the info he posted on numerous sites) On the record, Garage Games says “…we are unable to come to an agreement with our publisher for the Marble Blast Ultra update.” Seeing as Garage Games is both the publisher AND developer of Marble Blast Ultra, you need to read between the lines. The gist of Pat’s blog says Microsoft won’t allow them to release free content for their game, but he doesn’t go into what their motivation might be, but allow me to.

Reasons allowing publishers to release free content is BAD for Microsoft:
1.) Microsoft gets a cut of all microtransactions, and doesn’t make anything from free content, the Xbox division wants to make profit this gen
2.) It makes publishers who make pay content (something Microsoft wants to encourage) like EA look bad. Why would I want to buy stadiums for Madden or cheats for Tiger Woods when other publishers make kickass content like map packs for free? Consumers would begin to question the value of the Marketplace.

Reasons why releasing free content is GOOD for publishers:
1.) Builds goodwill between the publisher and gamers, example: Epic
2.) Gives online multiplayer longer life without fracturing your user base

Ok, I might be the only person who liked Marble Blast, so I didn’t bring this up when it happened. But now this policy is affecting Gears of War. Multiple sources, including today’s 1UP Yours podcast (1 hour 12 minutes in), support a rumor that Microsoft and Epic are currently fighting over the new Gears of War content. The content is basically finished, they are just fighting over pricing. Epic want to make all the new weapons and maps 100% FREE. Epic doesn’t want to fragment their online community, and frankly we’ve come to expect these gestures of goodwill from Epic. Microsoft, as you might expect, is not letting Epic do this. Mark Rein, as you can imagine, is PISSED about this. Gears fans, lets all pray Epic wins this fight.

I’d like to thank Luke Smith for encouraging me to “think critically” about this issue.

What’s interesting is that there was a subject on the very same matter at the Gears of War forum. Instead of answeringrather or not the rumors were true or not, Epic simply deleted the post. Not locked. Deleted. That raises suspicion even more… They usually confirm or deny a rumor, then close the thread if it’s false.

What do you guys think? Blatant fanboy anti-Microsemitism, or a definite concern to those of us with Xbox 360s?