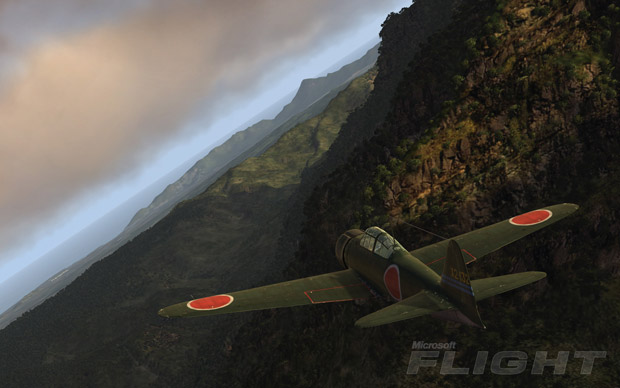 I wouldn’t have necessarily expected a game like Microsoft Flight to show up on Steam, but such an arrival does put the free-to-play flight sim in front of a bunch of new gamers, so you can’t really argue with those results. There’s also a new premium add-on plane, the Mitsubishi A6M2 Zero.

If you’re among the people waiting for some form of a discount on the paid downloadable content, a bundle on Steam might be of interest. For $29.99, you get the Hawaiian Adventure Pack, the Maule M-7-260C, and the North American P-51 Mustang. That’s around $13 in savings.

On top of some screenshots for the A6M2 Zero, I’ve also tossed in images of the impending Alaskan Wilderness Pack, which looks to be a nice change of pace from Hawaii. It’s playable this weekend at PAX East over in the Xbox booth.