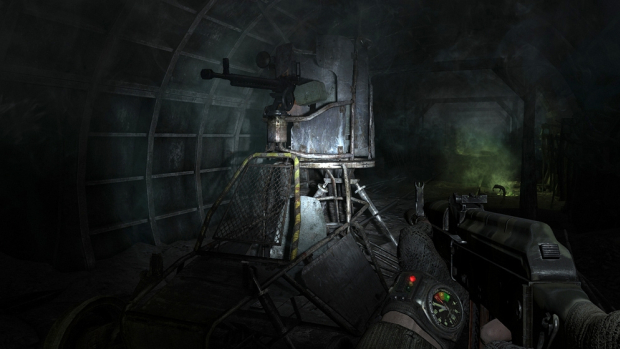 In late April 4A Games hinted oh-so-subtly that the next bit of DLC for Metro 2033 would “probably” not be what we expect from DLC for the post-apocalyptic sewer-shooter. We immediately shot publisher THQ and the 4A Games crew 642 e-mails about the possible inclusion of a Tooth Fairy avatar or a Flower and Rainbows-themed missions. Understandably, neither of the companies replied.

But a reveal of the mystery content is coming soon. According to a recent tweet from the game’s official Twitter account, the team is hoping to “take the wraps off (the DLC) this week.” Chances are we just blew the surprise for all of you (the latter guess is a really good one, one source not close to the project has claimed) but at least we’ll know for sure in just a few days. Fingers crossed.