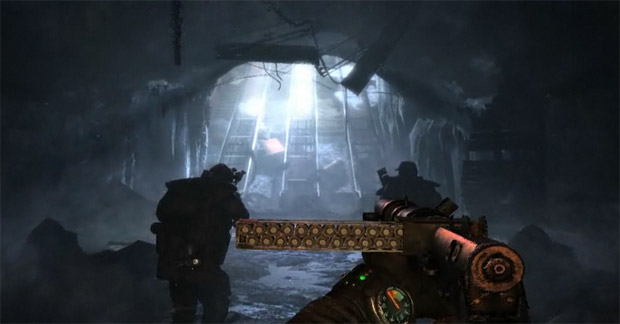 Much to my delight, we’ve seen a lot of games in recent times delve into the subject matter of life in a post-apocalyptic wasteland. What we haven’t really seen, however, is such a theme taking place in Russia.

Enough with the same old “everything blew up, so therefore everything looks utterly brown” scenario for just a minute, guys. 4A Games upcoming PC and Xbox 360 title Metro 2033 has mutated beings and a world covered in snow (trailer here). Let’s see you top that.

It’s too early to tell how Metro 2033‘s gun play will handle, but as far as multiplayer is concerned, there won’t be any. Taking the Fallout 3 approach rather than the Borderlands mindset, the studio will be “100% focused on single-player, which will be a pretty long experience.”

Interesting. I feel like there are too many games trying to do multiplayer right now, so this is a plus in my book. Assuming, of course, that Metro 2033 is a worthwhile videogame. So far, it’s certainly looks as if it’s shaping up to be one.