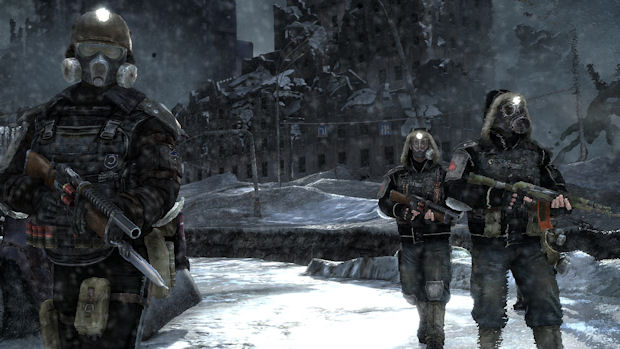 Do you prefer cutscenes or Half-Life style realtime narrative? The debate has gone on for quite a few years now, with some people preferring to sit back and watch their stories unfold, while others believe cutscenes are outdated and want everything to unfold as they play. We asked THQ which direction Metro 2033 will be going in.

“For the most part the storyline is delivered to the player through gameplay, dialog, visuals,” explains creative manager David Langeliers. “There are some moments where cut scenes are used, and we also use some narration on the loading screens to help the story along. This not only allowed us to deliver some key storyline elements that would have otherwise seemed forced or awkward in-game, but also gives the player a reason to stay interested during loads.”

Metro 2033 will be using both forms of storytelling, but which is the best?: “That’s a difficult question! I will say that I’m a HUGE fan of the Half-Life series, and there is certainly no denying how powerful it can be to have the camera remain in the protagonists view-point throughout.

“At the same time, it also makes certain aspects of design very difficult,” he continues. “For example, you don’t want to spend months creating a big moment, only to have a percentage of your players miss it while looking the other way. This requires a lot of player handholding and a carefully thought through level design.

“I think both have their place in the end, depending on what your focus is. You have full player immersion on the one hand and carefully crafted cinematography that can convey a very specific emotion or thought on the other.  In Metro 2033, we have a balance between both styles.”

So, whether you like cutscenes or realtime stories, Metro 2033 will have you covered. Awesome!