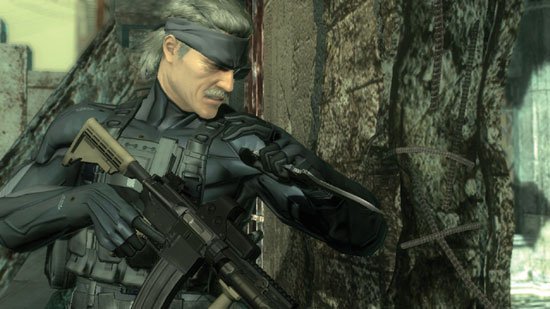 Finally, after delays and gallons of tears from fanboys, Metal Gear Solid 4 finally has a release date. The game will be out this year between April and June but we’re hearing that the game actually has a firm date of June 12th. Either way, the game is only just a few more months away.

Sony will also be releasing a PS3 bundle coinciding with MGS 4. The bundle will consist of MGS 4, a 80GB PS3 and the DualShock 3 controller (which now also has a firm release date). The bundle will retails for $499.99.

Finally, those who have preordered the game will be able to get into the beta of Metal Gear Online in late April.

The bundle is an extremely smart decision. A lot of people have been waiting to buy a PS3 just for Metal Gear Solid 4. Sony has made it simple and the price of the bundle is a steal. It’s also a little funny to see that they’ve brought back the 80GB model after the recent discontinuation of it.

Alright fanboys, lets hear it. Is Sony going to finally kick some ass this year thanks to Metal Gear Solid?