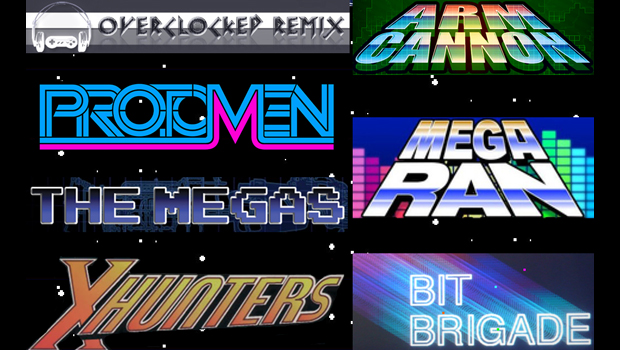 Capcom-sponsored albums by OverClocked ReMix and Sumthing Else Music Works

As excited as everyone is to watch the Mighty No. 9 train roll on through, there are still some admittedly cool — and admittedly non-game — things coming down the Mega Man pipeline. Capcom has commissioned another pair of 25th anniversary music albums, but unlike those from last year, these have been homegrown in our own backyard.

First up is For Everlasting Peace: 25 Years of Mega Man, a collaboration with OverClocked ReMix that covers tracks from the first games in all seven of the Mega Man sub-series: Classic, X, Legends, Battle Network, Zero, ZX, and Star Force. If you enjoyed OCR’s Maverick Rising album, you can expect the same type of musical variety here.

Next is MM25: Mega Man Rocks, which is being assembled through the efforts of the Sumthing Else Music Works label and will feature a lineup of six popular Mega Man-themed acts. The Protomen lead the charge with “Built to Last,” a new song that PAX attendees were treated to, followed by new tracks by Armcannon and X-Hunters, then re-recorded jams by The Megas and Bit Brigade. The remainder of the album will be peppered with select songs from The Protomen and Mega Ran which have appeared on their past albums.

Both albums will be available next month digitally via sites like iTunes. And from now until September 22 before midnight, you can submit artwork to be considered for the album covers.