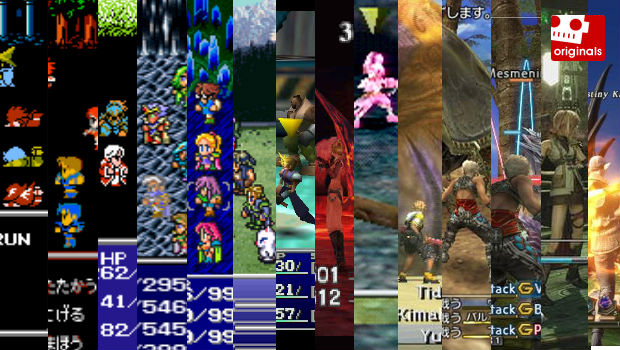 Welcome to MassDebate! We take a controversial topic, form a proposition, and set two contenders the challenge of stating their case in favor of and in opposition to the proposition. After which, users may vote to decide which contender they support. Rules for voting are at the bottom of the blog, but it is recommended that you read the contenders’ cases before you cast your vote.

The proposition: “Sequelitis” is excessive in the videogame industry. 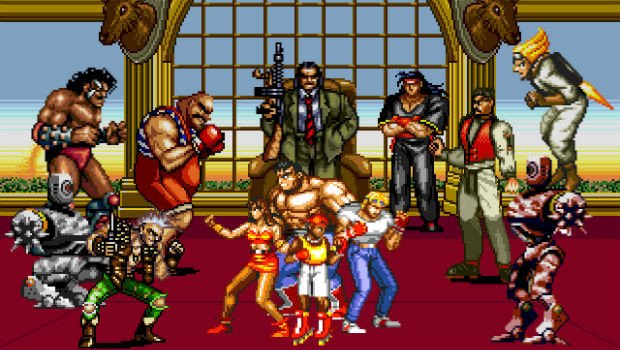 Aurain argues in favor of the proposition:

Sequelitis is excessive in the video game industry. There is no reason to doubt this. I’m not even going to present a debate; a debate gives the suggestion that I could be wrong. I need not debate for one simple reason, boiled down into three slightly less simple words:

Yeah, I’m pretty old in Internet years; a ripe old 23, almost twice the age of its vast majority of 12-year-old users. Born in 1988, I was put in a prime position in gaming: I was a SNES and Sega Mega Drive (Sega Genesis to my American buddies) kid. One of my very first gaming memories was playing Streets of Rage on the Mega Drive and loving it. Streets of Rage 2 was even better. Streets of Rage 3 was pretty crappy in comparison, so they called it a day.

One of my other earliest memories was playing Sonic the Hedgehog and, as you probably know, the series initially followed a similar pattern. Sonic the Hedgehog was bad-ass. You were a blue hedgehog who didn’t give a crap and thought: “Hell yeah, look at these rings. I’ll have these!” The music was cool and you gotta go fast: Faster than a rainbow being censored at a late night bar.

Sonic the Hedgehog 2 was even better; the music was cooler and you gotta go even faster! There were some bad-ass levels like Wing Fortress and this time round Sonic had a friend, A SINGLE FRIEND, so you could play co-operatively with your mates. That was pretty neat. Well done Sega.

In 1994 they brought out another Sonic game, Sonic 3. Yeah, Sonic 3 wasn’t as good. They added more friends, like Knuckles the Echidna. Seriously, what’s an Echidna? That’s alright though, I guess; it’s not like we have a love triangle. DEVIANTART, SONIC/TAILS/KNUCKLES IS NOT A LOVE TRIANGLE. SERIOUSLY.

However, it turned out Sonic 3 was a half-finished game. If you wanted the second half of the story you had to buy Sonic and Knuckles to go with it. Yeah, back in 1994 they were warming up that needless expansion pack button like a boss. A move Activision would later master with the Modern Warfare series, but to continue this story would require further discussion and I have a word limit.

Sega kind of made Sonic and Knuckles worth the money; it let you play as Knuckles (who is NOT Sonic’s lover) in Sonic 2 or Sonic 3. However, since Sonic and Knuckles was still not as good as Sonic 2, Sega decided to cancel the Sonic series there. The blue blur was consigned to the history books, and all was well with the world. 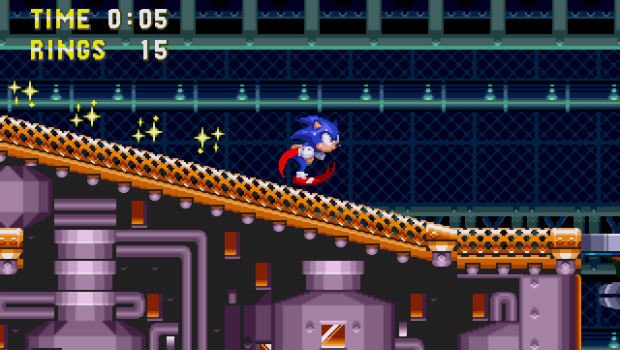 I wish. It turned out that Sega had designs on shilling their mascot more than a DOTA2 key in the trading forums: In 1993 they released Sonic CD to sell their worthless CD add-on. (Challenge: If you’re under the age of 18, describe the Mega CD without looking online) They had Knuckles’ Chaotix cobbled together for their equally worthless Sega 32X. (Challenge: Look online for the 32X and try to resist laughing)  Knuckles’ Chaotix flopped because it was a Sonic game without Sonic in it.

Sonic was always a 2D platforming (hold right on the D-pad) game. However, in 1996 Sega decided in their infinite wisdom: “Let’s make this 3D! That’ll make it better!” They were wrong. Not quite as wrong as when they refused to localise Valkyria Chronicles III, but close. Sonic 3D was so terrible that it took 3 years to reach Japan; probably because people kept hijacking the cargo planes to save them from the terror.

Sega then made Sonic Adventure for the Dreamcast to further emphasise that they could ruin Sonic as much as they wanted, and no-one was going to stop them. Sonic Adventure 2 came out in 2001 and it was so bad that it literally drowned the Dreamcast in shame. Goodbye Shenmue, Skies of Arcadia and Soul Calibur. You were actually good.

Sega brazenly continued to make 3D games, thinking up new and more idiotic friends for Sonic with every title. Then they had their best idea: BEASTIALITY. What’s cooler than Sonic the Hedgehog? How about Sonic the Hedgehog and a human re-enacting the awful forest scene in Final Fantasy X? DeviantART cried tears of joy. Humanity as a whole reached a new low. Sonic had surely reached its lowest ebb.

However, of all the titles Sonic the Hedgehog (2006) is the crowning jewel in Sonic’s storied history of failure and awful. The last time I saw Sonic (2006) it was a JUNE afternoon. I kicked it so hard it exploded. Its remains were scattered into the afternoon sun. They were never found, but they probably choked a baby swan to death. Thanks for killing baby swans, Sega.

In closing, Sequelitis isn’t merely excessive; it is a poison on humanity. Sonic is dead and the cause of his death was sequelitis. Sonic Generations is meant to be good, but I won’t fall for that. Sonic deliberately murdered the Dreamcast, cancelled Shenmue 3, denied the export of Valkyria Chronicles III, and encouraged a generation of furries on DeviantART.

Don’t believe me? When was the last time you saw furry Streets of Rage fan art?

ZombiePlatypus argues against the proposition:

Is “sequelitis” excessive in the videogame industry? I say not only no, but NO PLEASE <3. The key word here is excessive, as if it‘s some abnormal, overdone epidemic. Sure, we’ve got a steady stream of sequels arriving on our store shelves, but does that necessarily make it “excessive”? Calling the crop of video game sequels excessive implies that there is something inherently wrong with the gaming industry producing these follow-ups.

I’ll start with a basic fact: Sequels keep getting made because they sell. They’re obviously something that a large portion of the gaming public wants. We may not all need a new Madden or Call of Duty every year, but their existence is welcomed by those that do want to jump back into that new but still familiar game experience annually. I realize that saying “people buy them” does nothing to prove they’re not overdone, but it does show the market is there, or there wouldn’t be so many sequels.

A common argument against sequels is that people want more original titles. However there are still new original games being made, from Ghost Trick to Shadows of the Damned. On top of that, many of our most sequelized games started as original properties this console generation: Mass Effect, Uncharted and Gears of War may all be trilogies at this point, but none of those series existed until a few years ago. Assassins Creed is barely four years old, and is one of the most sequelized and spun-off franchises going. Original games aren’t going away, it’s just that those that do well are being added to the growing list of supposedly “excessive” sequels. It’s not unreasonable for people to want more of a good thing. 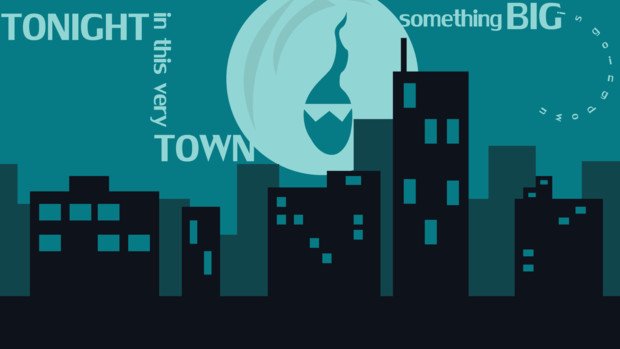 Though honestly I don’t know why Uncharted was made in the first place. I have been wracking my brain and I still cannot figure it out: why did uncharted have to be made? Don’t get me wrong, I understand why it was made: it’s scientifically formulated to be profitable. What I don’t understand is why some designer came up with the idea and thought to himself “yeah, we need to make this concept into a reality.” It doesn’t tell a unique story, it isn’t set in a unique world, and it doesn’t have a single unique gameplay mechanic (it doesn’t even have a gimmick.) It’s just 100% all generic all the time, and it worries me that somebody, possibly even a group of sombodies, was actually paid to come up with the idea. What’s even more worrying is that they’ve now gone three games without introducing a single new concept. I mean, you’d think by now at least one team member would have thought of SOMETHING new and interesting to switch things up a bit. Are naughty dog retarded or something?*

Now I’m going to move on to what I consider the most important reason sequels aren’t “excessive”: Just because a game is a sequel, it doesn’t automatically default to being stagnant. Sequels can evolve and build off of their predecessors while keeping us in a world we love to visit. Look at the changes in gameplay and structure from Mass Effect to Mass Effect 2; while one could argue that not all of the changes were for the better, it cannot be argued that revamping the combat, improving the level design, and streamlining the RPG aspects led to a very different experience compared to the original. It looks like the upcoming third chapter will alter and refine the gameplay yet again, while keeping us engrossed with familiar characters and continuing plot points.

Some series use their sequels to add or build upon their established multiplayer components, such as the inclusion of co-op in Portal 2. Then you have the sequels that go a step further and reinvent themselves almost entirely. I’m looking at you, Zelda II and Resident Evil 4.

Hell, on the flip side of the coin, a number of “original” new IPs are no more original than anything else on the market, sequel or otherwise. Being a sequel in and of itself doesn’t mean there’s a lack of imagination or creativity that went into making the game; often enough they can stand on their own two feet as good games in their own right, or even better games than the originals.

Think of all the top tier games we have that are sequels. Many folks’ game of the year has been Skyrim, the fifth title in the Elder Scrolls series. Metal Gear Solid 4 is touted as one of the best games of this generation, not bad for a sequel to a series that is twenty-four years old and counting. My personal favorite 2D platformer is the critically acclaimed Super Mario Bros 3. We are talking about the sequel in the series being one of the best in the genre.

In closing, I’d like to take on the Bear King’s hatred of Sonic games post Sonic 2. Uh, helloooo, Knuckles is the greatest character in the series? He is a monotreme after all. And how great were the Chao Gardens in the later games? Raising those little fellas provided more hours of enjoyment than O-Ring’s beloved first two Sonic games combined. It has to be true, because I just posted it on the internet.

Also, “Sonic directly … cancelled Shenmue 3, denied the export of Valkyria Chronicles III”. Yeah, I hate how those excessive sequels always stop us from getting more sequels. Again I say NO PLEASE <3

(*Many thanks to g-off for his invaluable contribution regarding Uncharted.) 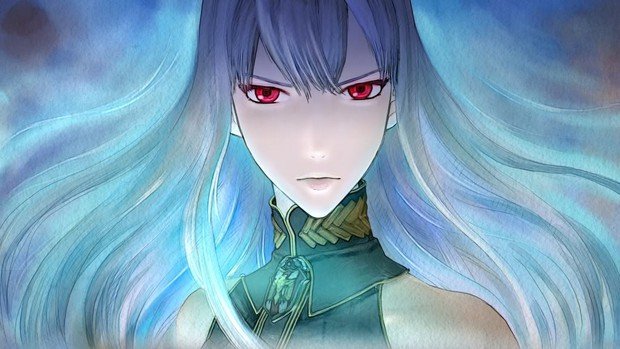 The vote total will be accumulated and the results given on Sun 25th December. Ensure you get your vote in by Sat 24th December.