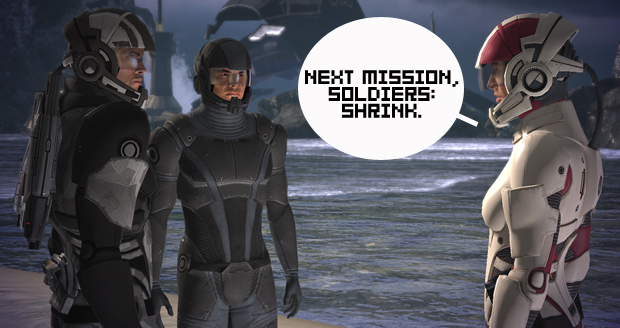 My first thought when I heard that a Mass Effect prequel would be coming to the iPhone this morning was that it might be a little hard to see. At least for me, considering I’m mostly blind, and in my mind I imagined something that looked a lot like the original Mass Effect. Not so, in fact: the game has a crisp animated style and places you in the role of super soldier Jacob Taylor, who apparently “who stumbles across a plot to terrorize civilization’s greatest beacon of hope.” The horror!

The game will be a top-down shooter and will retail for $2.99. Featuring about two hours of gameplay, it’s not something you’ll be able to play for a long time, but for the price you really can’t argue. According to an EA survey, if this title does well, EA and BioWare may bring more Mass Effect iPhone games to the public. There was also word of a Dragon Age iPhone game. Hit the jump to check out some screens — what do you think of this so far?