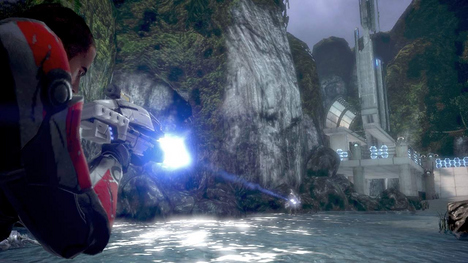 For those of us following Mass Effect, I’ve got some bad news for you: According to CVG and Microsoft, the anticipated RPG is being pushed back from a summer release to a September release. The horrid details:

BioWare’s much-anticipated Xbox 360 RPG Mass Effect has finally been pencilled in for release this September, months after the June/July arrival date previously expected. The news comes from an official Microsoft event this morning, though no more details have been offered.

If the game does in fact come out in September, then we are in for a flood of too many good games at once. Spread this stuff out people!

Filed under... #Mass Effect#Not what I had in mind#Role-Playing Games