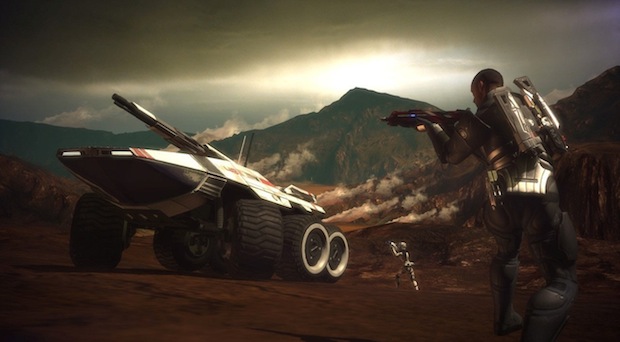 Mass Effect enters into the news cycle for the second time today with this precious little announcement via Valve: the original PC version of ME is now available on Steam for 50 percent off as part of another Weekend Deal. According to its listing on the Steam Web page, the title sits at $9.99, as opposed to its normal price of $19.99.

The other bit of Mass Effect news came this morning with EA’s announcement of the Mass Effect 2 Collector’s Edition bundle. This package comes with the game, a 48-page art book, and unique DLC among other things.

As noted in the press release Valve blasted about the ME savings this weekend, Bioware’s other RPG Dragon Age: Origins is hitting Steam this week. Look for it if you’re a fan of Bioware’s stuff and don’t mind characters interacting with blood all over their faces and bodies.

If you haven’t played Mass Effect (where have you been?), then this is definitely a great bit of initiative to do so. The elevator rides suck and the Mako blows, but the rest of the sci-fi RPG is nothing short of stellar.