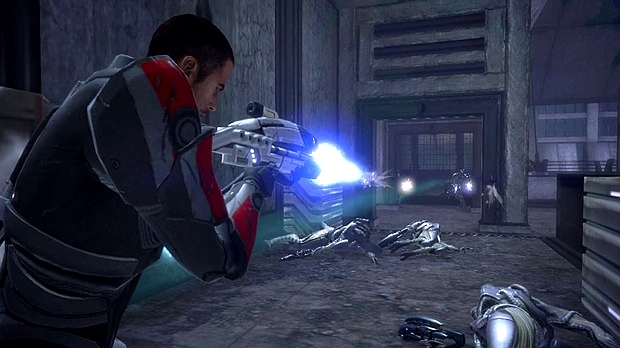 BioWare executives Dr. Greg Zeschuk and Dr. Ray Muzyka recently spoke with Joystiq and said details on the additional content will be revealed in the near future. Dr. Muzyka added that he played the content prior to E3.

The DLC will be the second batch of content released for Mass Effect since the game hit retail shelves in November 2007. The first bit of DLC, the “Bring Down the Sky” expansion pack, launched in mid-2008 for the Xbox 360 and PC.

The new content will be combat heavy. In a documentary for the Mass Effect Platinum Edition, Mass Effect lead designer Preston Watamaniuk said “ … we had something in Mass Effect 1 that again, we weren’t able to pull off just because we didn’t have the time and we didn’t think we’d be able to do it well enough, which was a fight club or an arena. So, we’re actually working on that for our next downloadable content piece and we’re hoping it’ll be really special.”

As for how special the downloadable content will be, we’ll see. One thing that is certain is fans of Mass Effect have been waiting a long for more content.