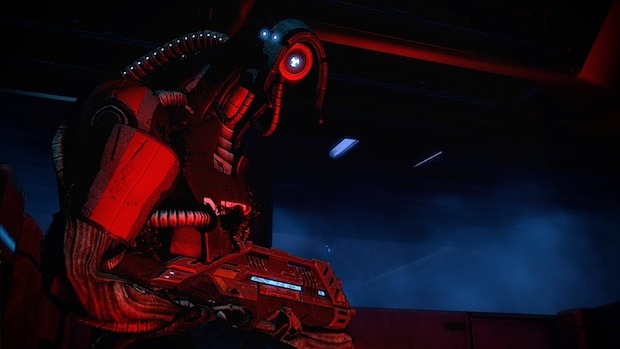 If you’re hot for Mass Effect 2 media, chances are you’ve already seen what’s in the gallery. A total of nine screenshots that accompanied a previewable build of the game hit the wire again this morning, featuring the disconnected Geth named Legion as well as everyone’s favorite future cop Garrus. Even some of the new enemies recently detailed made it into the batch. A tight shot of a Collector and a massive Reaper-enhanced robot can be witnessed by your eye holes if you so desire.

The recent word is that ME2 is still as hip as it seems. Bioware tightened the graphics on level two and focused on the gunplay this time around. Plus, character unique squad commands can now be made on the fly, meaning there’s less chance you’ll have to watch your poor Krogan get mauled because he can’t fit behind the barrier some other space jerk is already occupying.