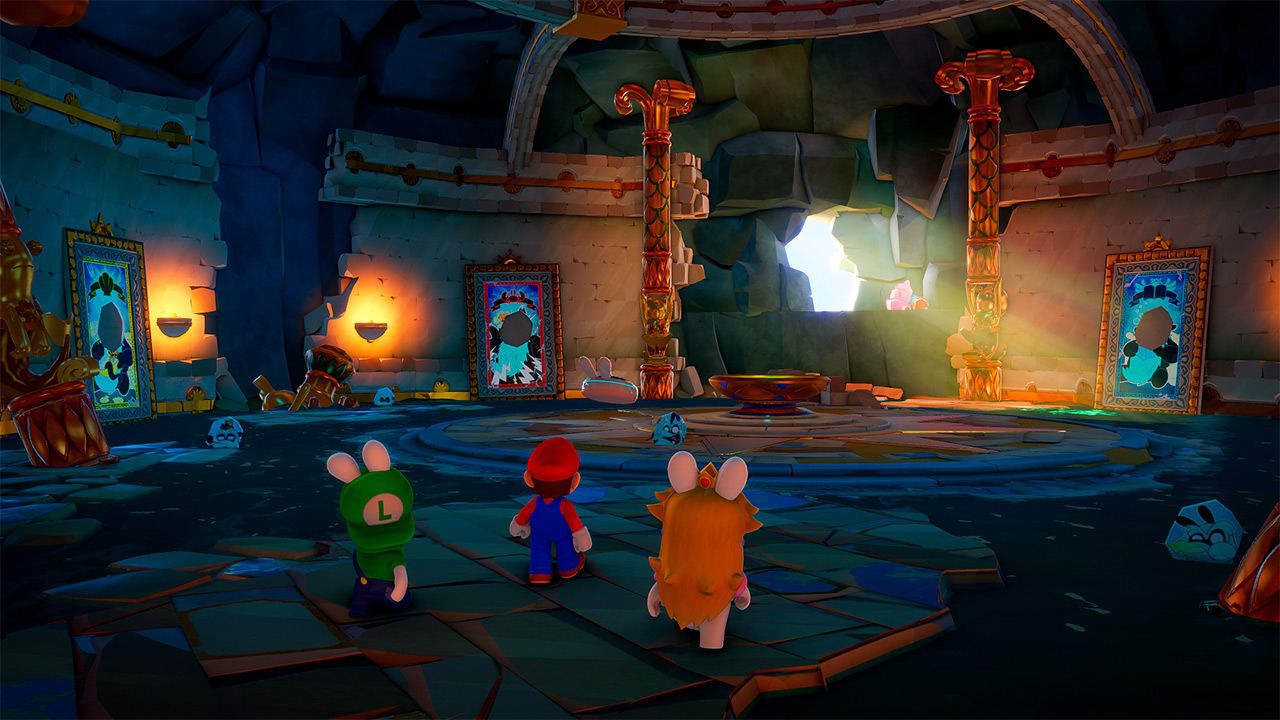 Several big changes are in store for Mario + Rabbids Sparks of Hope. One notable change is not in its roster or tactical gameplay, but the characters themselves. The Rabbids in Sparks of Hope can talk.

Ubisoft’s Rabbids are often portrayed as goofy, cartoon-ish animals who tend to simply speak in “bwahs” and exclamations, not explicit dialogue. Several outlets attended a preview event for Sparks of Hope and reported back that those Rabbids are talking.

Speaking to IGN, creative director Davide Soliani describes his early experience working with Kingdom Battle. At the time, he was given instruction that the Rabbids do not, under any circumstances, talk. “I had to gain trust from Ubisoft, not just Nintendo,” Soliani told IGN. “And Ubisoft told me, ‘Rabbids are not speaking.’ That was a rule.”

But after skirting the rules a bit to make the operatic Phantom fight in Kingdom Battle, the team got Ubisoft on board for more in Sparks of Hope. You can hear some of those voice lines in the battle gameplay below, shared by GameSpot.

“Everything we are doing, it’s part of a process of evolution that will lead us somewhere else,” said Soliani. “I think that as a team, we really love experimenting and we will keep doing it in the DLC.”

This newfound chattiness seems like it’s letting the Mario + Rabbids team add even more humor and comedy. Which, given how fun Kingdom Battle was, sounds like a solid idea for the follow-up.

Mario + Rabbids Sparks of Hope carries forward the tactical crossover franchise, adding new characters to fight alongside. It’s also got some great-looking battles, like the recently spotlighted train fight with a Wiggler.

Though initial reception to the idea of Mario and Rabbids joining forces was a bit wary, Kingdom Battle really proved itself. Evidently, even to Ubisoft. Now I’m really interested to see what the team does with the Rabbids’ newfound chattiness.