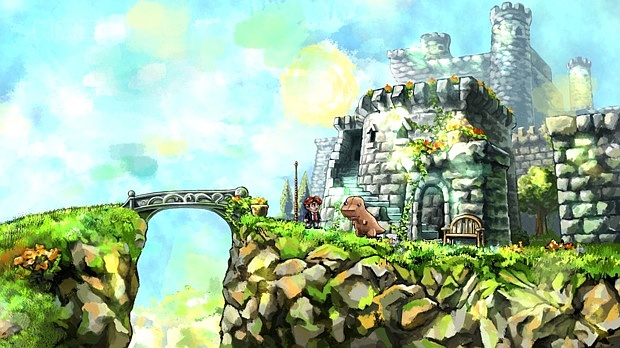 Jonathan Blow is going to give people the opportunity to make their own Braid. In a recent message board thread asking about a “hidden” map editor in the PC version of Braid, the creator confirmed that a map editor and image importer are on the way after he hammers out some of the bugs players are experiencing with the game.

“Yeah, after I get a new version out in a few days that fixes the problems some people are having, and when more people have played/finished the game, I am going to post some documentation for the editor,” Blow wrote.

“The way it works is you can make levels with the editor (up to a full game, potentially) and run that with -universe later … also a tool will be released that lets you take Photoshop files and import them into the game, if you want to put new graphics in your levels.”

So, there you go. Now you’ll have a chance to make an even more obscure game that no one can wrap his or her head around. Note to creators: don’t reproduce Braid’s last level. My brain still feels mushy after playing through it.