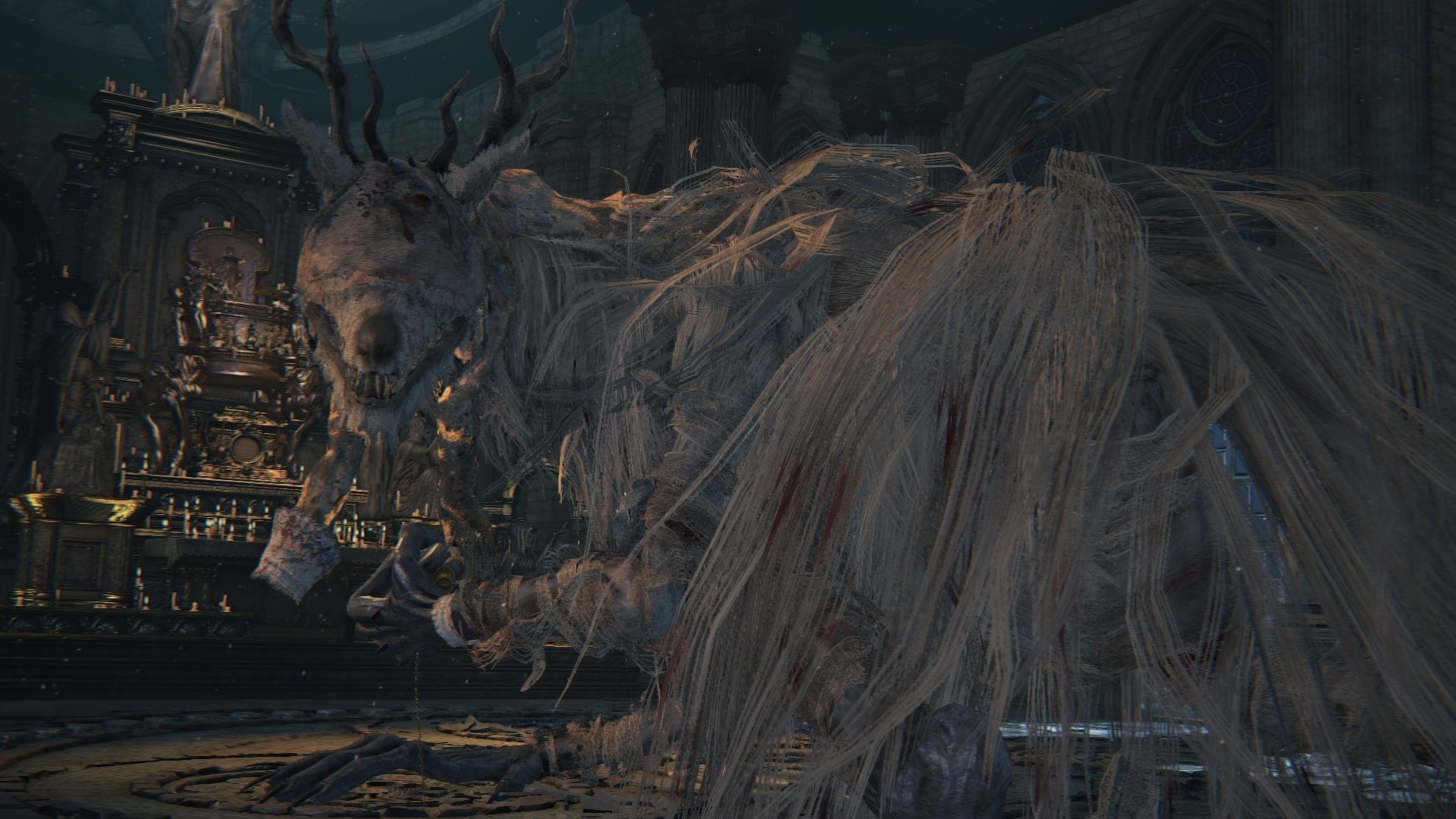 Why do I love my impossible beauty standards?

I approach character creators like I am the God of Beauty who is very bored. I have spent accumulated hours stretching mouths and bringing cheekbones up, no, down, no up again, to create a character that is so hot, so physically perfect that I just have to play the game, which, sometimes, I don’t even enjoy. Like my Demon’s Souls character, for example, who I think is as close to hot as the Demon’s Souls character creator allows for. I named her Goobina. I can’t get past the Tower Knight (total woman moment!) but I try again and again because, well, look at my creation.

My first intentionally hot character was for Bloodborne and I loved her. I made her around two years ago, and at that point, my reason for dragging sliders back and forth for a dutiful 30 minutes was just “it’s funny.” It’s funny to put a cute, eyeliner-wearing woman in an otherwise bleeding and feathery world where other women are wearing bloody wedding dresses or have their bodies razed by life-altering disease. You know, juxtaposition! But then I kept making hot characters, all of them women (except for a Roegadyn clan member for Final Fantasy XIV, because there are only so many opportunities to become a huge hulking fish??? man).

I write and think a lot about how women are presented in video games, and although it’s easy to leave my own actions unanalyzed, left unprodded as “funny” things, I have recently felt curious about creating conventionally attractive women who, typically, don’t resemble me at all.

I know I’m not the only one to prefer skimpy protagonists. But it does feel hypocritical to create these slender, lipsticked women when many League of Legends female designs, for example, make my skin crawl.

The answer to why I do it, though, invariably comes back to the “male gaze” and John Berger, whose 1972 book “Ways of Seeing” is a cultural mainstay when it comes to analyzing the way we look at art and within art.

Berger tells us that a woman has to “survey everything she is and everything she does because how she appears to men, is of crucial importance for what is normally thought of as the success of her life,” and later that “The surveyor of woman in herself is male: the surveyed female.”

I can sense this man of myself a few times throughout the day, like when I’m putting on clothing or shrinking myself as I walk down the street, hunching my shoulders so other men won’t look, but sucking my stomach in anyway. When my friends and I take sexy photos and put them online, even though we repeatedly tell each other we’re doing it “for ourselves,” this version of “ourselves” is filtered by our experience with men, who are always looking.

Creating an attractive protagonist is a lot like this; it’s the desire for self-representation splintered through a man’s eyes. I also think of the 1975 essay “Visual Pleasure and Narrative Cinema” by feminist theorist Laura Mulvey, who comments on how “woman’s desire is subjected to her image as bearer of the bleeding wound” and how a woman “turns her child into the signifier of her own desire.”

Let’s say character creation is like making a child. According to Mulvey’s yearning, my hot Bloodborne children “signify” my desire for a more tangible manhood. They are consolation prizes in my learned, ingrained need for objectification, ownership, and beauty. But they’re also extensions of myself, the woman, who will never really be able to hold those things in her hand. Approximations of manhood.

This is different to those pre-created characters that make my skin crawl, though. Those characters are not just approximations of manhood, but genuine reproductions. Studios are so male-dominated and so full of actual crimes against actual women that the characters they create are inextricable from this masculine leering and dominance. The women they make are inherently objects; the women I make attempt to be objects.

So I don’t think I can be a complete hypocrite. I do, however, think it’s important to recognize that even our most innocuous habits can have a heavier realization barnacled beneath them. Especially when it comes to what we make — how we create things often reflects on how we create ourselves. Anyway, does anyone have any good bimbo mods?