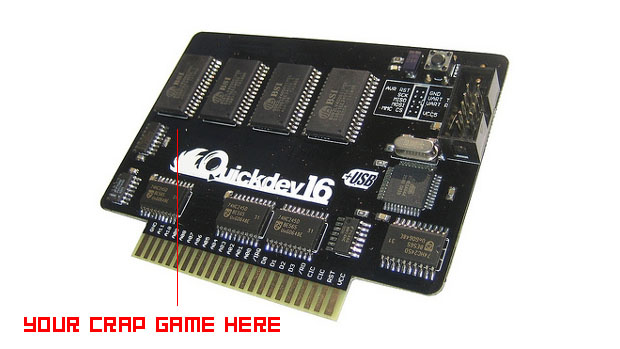 You always hear about these homebrew Dreamcast games still being released. For the most part, that’s just sad. Now, if it were Super Nintendo games…well, that’s still cool. I don’t know why, but I’m all over playing new SNES experiences. The 1990’s are cool again, right?

Should you have the programming ability to make a new SNES game, the Quickdev 16 makes it relatively easy for you to bang out something tangible. For $120 you’ll get a Atmel AVR ATmega644 cart and all the connectors to get your little game on the cart. Of course you could release your game as a ROM to play on emulators, but it’s just not the same.