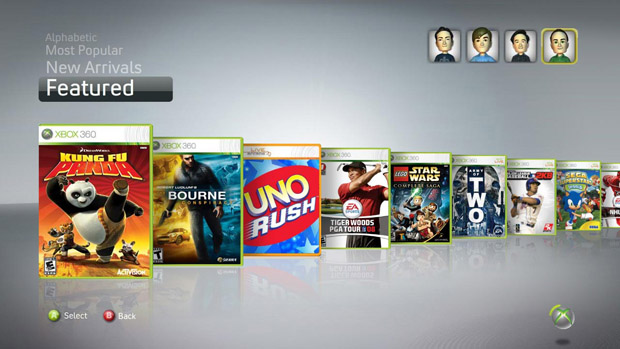 You want a faster Xbox 360 dashboard, right? In his latest podcast, Major Nelson dropped hints about some performance enhancements that will make the next dashboard update faster.

The next…thing is also going to have some “cool new features,” though nothing specific was mentioned: “Whatever we call it (and it’s not going to be called the NNXE), but whatever the next version of the dashboard is called, it’s better with a lot of very cool new features. That update will be out later this year,” he said.

I’ll tell you how to make it faster: get rid of the silly boot-up animation. Just make the logo appear and disappear. Gimme MS-DOS Xbox 360 version.  I’d like to just boot up, do a “/ DIR” and look at my games list.