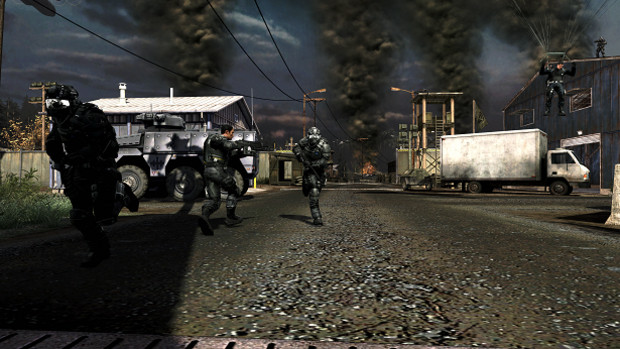 PlayStation 3 exclusive first-person shooter MAG has been in beta since the beginning of summer, and it has been opening up to more players as time goes on. At a recent training session with the game, a Zipper Interactive representative explained that the next phase of the beta makes the game available to GameStop pre-orderers. That phase begins today.

Along with opening up the beta even further, a few new features have been added to the game. The first of these, proximity voice, is not exactly revolutionary, but in a game that relies so heavily on teamwork and communication, the ability to hear a nearby enemy’s tactical communication could turn the tide of battle. Players will still hear their squadmates through the headset, but other nearby players, friend or foe, will be heard through the television speakers.

Secondly, new “Shadow War” bonuses have been put into place. As any of the three PMCs do well with particular objectives, that PMC signs contracts, which give members extra battlefield bonuses. These contracts add yet another incentive to get players to work toward team victory rather than just personal glory.

What do you think about the new features? Sound cool enough to pre-order and check out the beta?