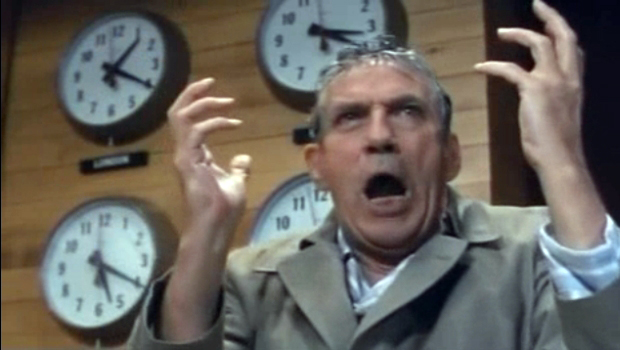 You can froth and rage on a blog all you want about how terrible Ubisoft’s constant-connection DRM is, but this is the internet age, and anger is all too cheap and meaningless. The days when a rant like Howard Beale’s famous “Mad as Hell” scene would have some effect are long gone by. This is a time for action.

Lewie Proctor of Savygamer proposes just such an action, one designed to send Ubisoft a message, as well as chastise retailers who won’t tell their customers just what this horrid DRM demands in return for the privilege of playing the game you just bought.

Essentially, the protest boils down to buying Assassin’s Creed 2 PC (or Settlers 7) en masse, then returning it for a full refund, loudly making it known that the DRM was the primary reason for the return. Retailers are obligated to send the publisher a note about returns (and the reason why), which should get it noticed by the big bad publisher.

It’s a laudable action, but it could backfire in many nasty ways. First, it could be counterproductive. Ubisoft might see sales first wave away the return figures returns last, ignoring the message and thinking that the DRM actually worked. Also, the protests involves UK retailers. Americans hoping to take part should know that their retailers have much stricter policies regarding refunds, especially when it comes to PC games. Third, it requires more energy than many gamers are willing to expend.

Whatever you decide to do about it, my suggestion is to carefully explain to anyone considering getting a Ubisoft game equipped with this crap (or any game equipped with similar crap) what this might mean for them. Sending a letter to a local or mainstream consumer-advice column or magazine also helps, since not everyone reads the enthusiast press.

And please, please do not pirate the game “out of principle” or “in protest.” You prove nothing by doing so and just give publishers all the more reason to clamp down harder or just cut and run.