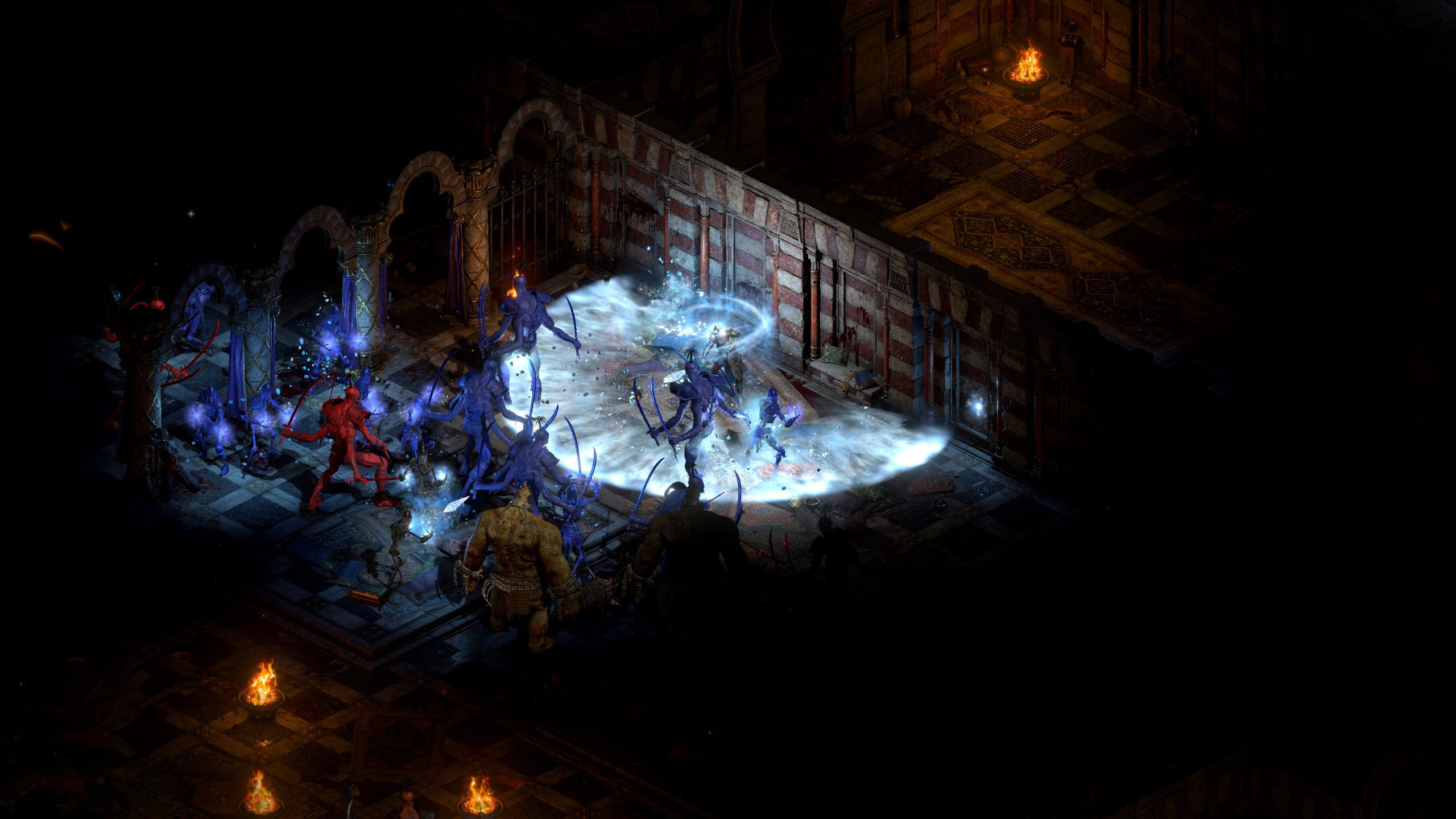 When Blizzard revealed the Diablo 2 remaster, aka Diablo 2: Resurrected, they made it clear that they wouldn’t fundamentally alter the core of the game. However! Enhancements are fair game, like uh, the visual style, which can be toggled on and off. In an update this week, the team gave us some insight into some new changes, thanks to feedback from the technical alpha.

As Blizzard puts it: “Following the April test, the Diablo II: Resurrected team continues to make significant progress towards getting the game into everyone’s hands. Today we’re thrilled to share what we learned from the Technical Alpha, leading to key visual improvements, quality of life and accessibility changes, and more.” So what does that entail? The detailed blog post actually goes pretty hard on it.

Ability effects in the Diablo 2 remaster in general are getting tweaks, like the Sorceress’ blizzard and the Paladin’s holy freeze. These powers will “better capture the destructive force of the original” with enhanced animations: which weren’t measuring up to the original. Even item colors are getting upgraded, with brighter hues for potions, scrolls, and gems.

Accessibility is also a huge focus: “From auto-gold pick up, large font modes, UI scaling (for PC players), and gamma/contrast settings to enhance readability, we’ve taken strides to equip players with customization options to suit their needs.” Blizzard is going to detail more accessibility options “at a later date” in a separate blog post.

But perhaps the biggest mechanical change is how they’re addressing the stash (bank). The shared stash (between characters) will now sport three tabs (instead of one), with 100 slots each. That’s on top of a clock option, and removing uncessary remaster grunts.

And folks, this might be my absolute favorite change, to be honest: “Characters will no longer spawn in a hostile place until the game is fully loaded, preventing characters from getting attacked or harmed during a loading screen. Additionally, the overall load times will be faster.”

You see, back in the day when D2 first came out, I can’t tell you how many times my friends, with faster PCs, loaded into zones safely; only for me to load in with a machine a generation behind, and find myself getting unloaded upon by the boss. Where was this in the year 2000, Blizzard?!