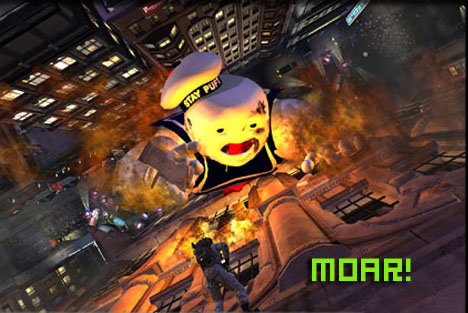 If there was any doubt in your mind that the Ghostbusters game was going to be a good, well-rounded representation of the series, some recent news from Ernie Hudson (aka Winston Zeddmore) should put those doubts to rest. In an interview with videogaming247, Hudson revealed that the script is about 480 pages long, four times that of an average movie script of 120 pages, stating further, “It’s huge. It covers every possibility.”

Granted, 480 pages of garbage is still garbage, but with Dan Akroyd and Harold Ramis behind the game’s content, the risk of a disappointing release seems minimal. Add to this ghostly stew the fact that Bill Murray is reprising his role as Dr. Peter Venkman, along with the rest of the core cast’s return, and I couldn’t be more excited.