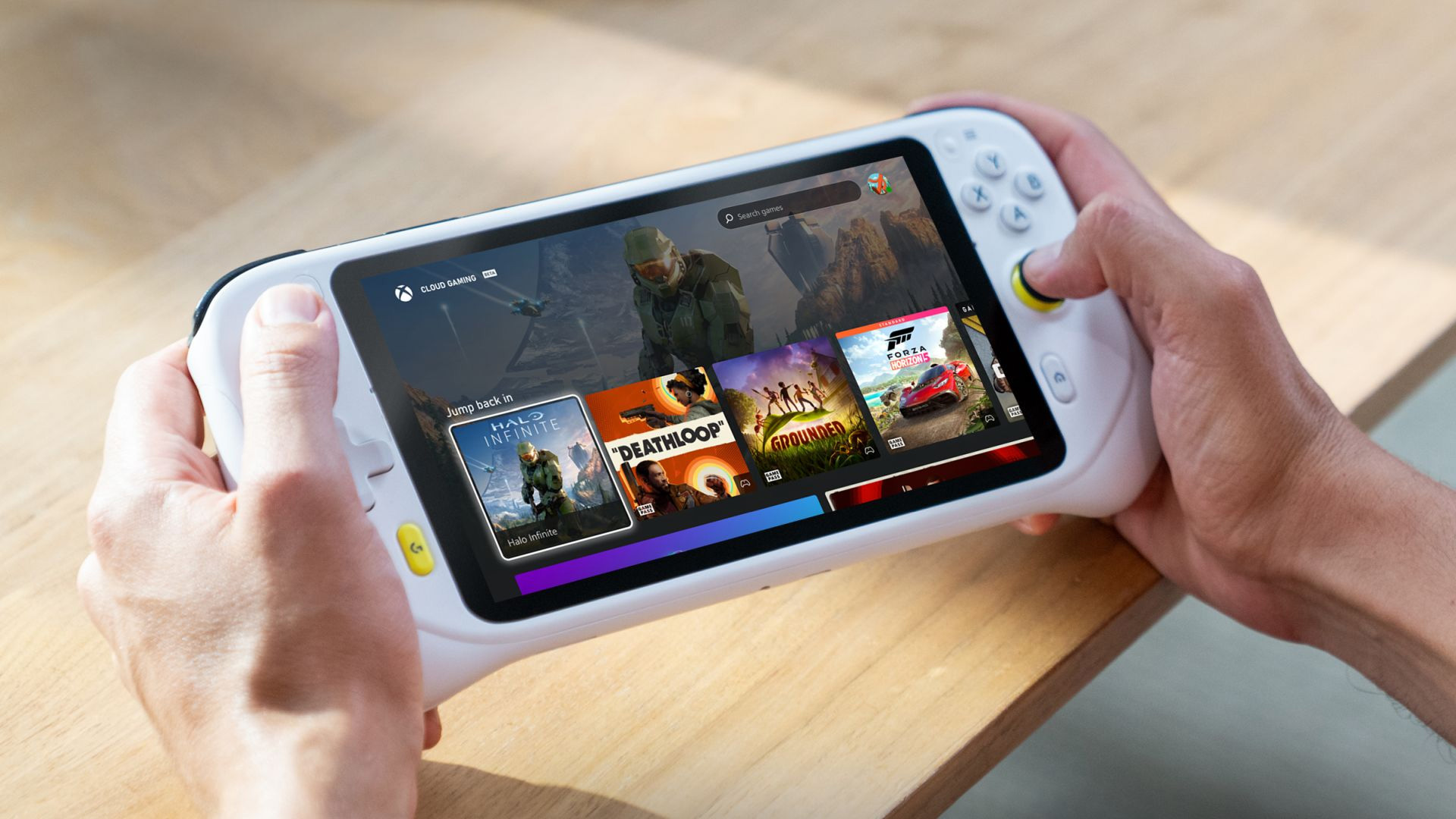 Logitech’s cloud gaming handheld will launch at $350, with pre-orders coming in $50 cheaper

After much speculation and some leaks, Logitech has lifted the lid on its new built-for-cloud-gaming handheld system, the Logitech G Cloud, ahead of its October 17 launch. It’s a device for players who actively use services like Xbox Cloud Gaming or Nvidia GeForce Now (or even Steam Link), but plenty of us are still only dabbling in this stuff at best.

The handheld Android device has a 7-inch 1080p touchscreen, a supposed 12-hour battery life, and “haptics, gyroscope, and remappable control,” according to Logitech. I will say, it’s a sleek design. The Logitech G Cloud is 10.11 inches by 4.61 inches, and weighs 463 grams, which would sandwich it between the Nintendo Switch and Steam Deck.

How powerful is it? The processor is a Qualcomm Snapdragon 720G, an “octa-core CPU up to 2.3GHz.” Per The Verge, it’s got 4GB of LPDDR4X RAM and 64GB of UFS storage.

Here’s the tricky bit: at launch in October, the Logitech G Cloud will cost a hard-to-justify $350 — but for those who pre-order, the handheld system will be $300. Still!

In other words, it’s a cool device that’s going to feel way too limiting — unless, of course, you’re really down to play games over Wi-Fi right now. I could see more of us getting there collectively, eventually, but even with some positive Xbox Cloud Gaming experiences, this feels too early to me. Especially compared to the Steam Deck (and future iterations).

One big selling point is the Xbox angle. According to VP of Xbox Cloud Gaming Catherine Gluckstein, they’ve “worked with Logitech to enable our Remote Play feature, also pinned as a shortcut to the home screen. Remote Play differs from Xbox Cloud Gaming by letting you stream your full Xbox library — going beyond titles in Xbox Game Pass — from your personal Xbox console to phones, tablets, and now handhelds.”

The head of Xbox, Phil Spencer, tweeted that he’s “been using the Logitech G Cloud for about a month,” and called it an “incredible streaming device for playing while I’m away from my console. I love the feel, the battery life, and screen size. Took it to Europe and TGS with me and had a great time playing, even on hotel Wi-Fi.”

That said, Xbox cloud support is only getting easier to come by.

Even in good circumstances, mileage can vary considerably for cloud gaming. Are you outright against this kind of streaming handheld, or could you see a use for it in your life? Either way, I think most of us will agree that the price is tough to overlook.

It’s not a one-to-one comparison, but I would argue that using a newer phone with a mobile controller (or a gamepad attachment) will get the job done for a lot of us.