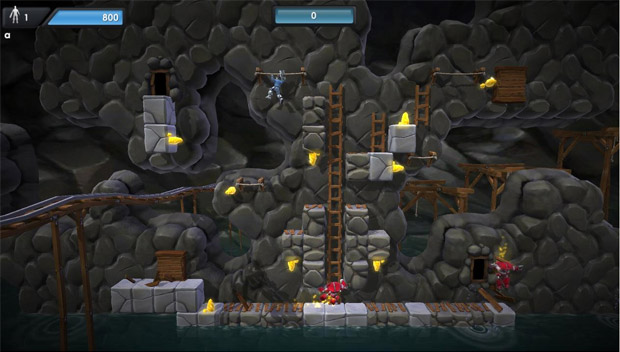 If you follow the happenings of Xbox LIVE Arcade as religiously as I do, you’ll know that Lode Runner (1200 Microsoft Points) has been in the pipeline for a considerable amount of time. For whatever reason (certification-related?), it was held back, but the game will finally see the light of day on Wednesday of this week.

As was the case with the 1983 classic, Lode Runner XBLA has a full level editor, but this time around you can host matches over Xbox LIVE using your own levels and even download custom creations from the community. User-generated content in an Xbox 360 game? That’s unpossible!

There’s also co-op and competitive multiplayer functionality, as well as a mode in which you come back as an enemy should you be killed, which sounds intriguing. It’s a shame other games like Left 4 Dead don’t allow you to become a zombified survivor upon dying, but I’ll take what I can get.

Head after the jump for some footage of Lode Runner‘s co-op.