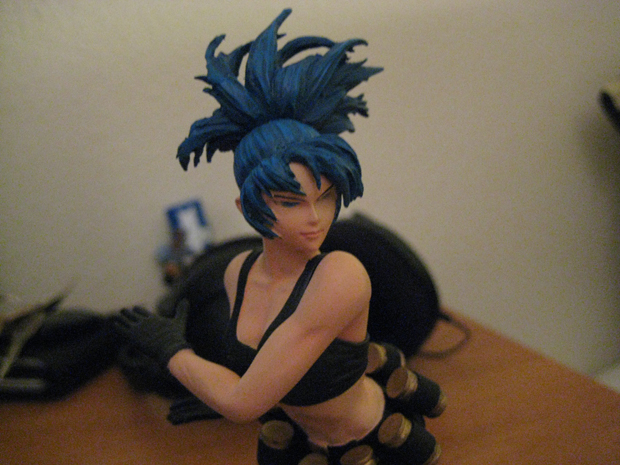 You may have seen Nick Chester’s post earlier about the giant hat Terry Bogard statue he got with King of Fighters XII. When my copy of KoF arrived on my doorstep this afternoon, I was terribly excited at the thought that I too would have my own massive hat as well. When I opened it up, it turned out not to be Terry, but Leona instead.

Sadly, Leona doesn’t have any fashionable oversized accesories. She does look okay though, so check out the pictures in the gallery. Who has the better statue — me or Nick?

Also, how is everyone enjoying KoF XII? Who’s your team? I’m going to use Leona for sure (the statue inspired me! Well, that, and I learned a 10 hit super combo with her), but I haven’t decided which other two characters will fill out my team.